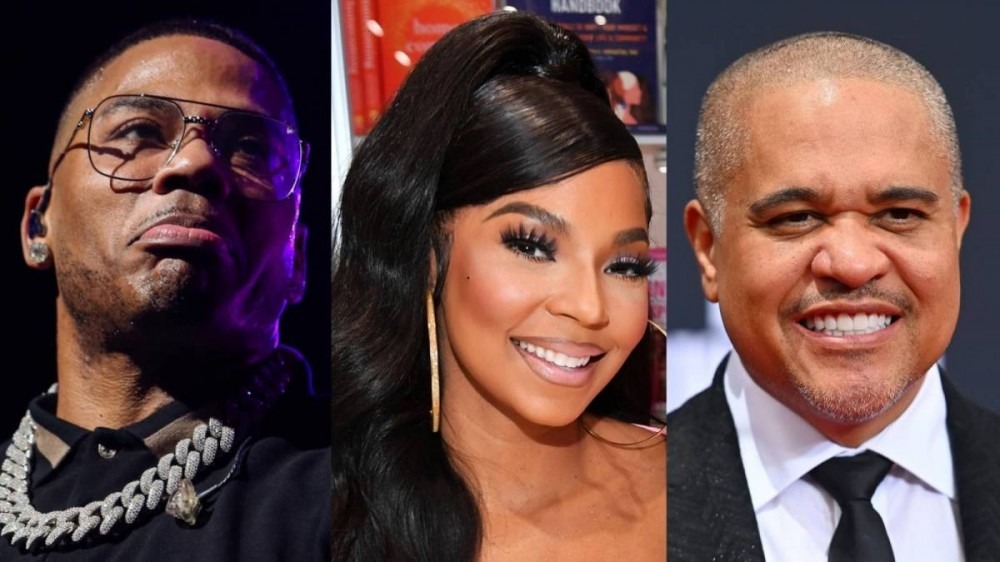 Nelly and Ashanti reunited for a performance of their collaboration “Body on Me” at a show in Oakland over the weekend — see footage below.

On Friday night (August 5), the pair joined the likes of Ja Rule, Ma$e and Lil Jon on the bill for the My 2000s Playlist concert at Oakland Arena.

While it’s not clear whether it was pre-planned, Ashanti — Nelly’s ex-girlfriend — came out during the St. Louis hitmaker’s set to perform their 2008 hit.

Featuring on both Ashanti’s fourth album, The Declaration, and Nelly’s fifth, Brass Knuckles, “Body on Me” also features a guest spot from Akon.

Take a look at the pair’s recent link up below:

The pair’s performance comes days after Murder Inc. founder Irv Gotti revealed in an interview with Drink Champs that he learned about Ashanti and Nelly’s relationship from watching a basketball game on TV — while he was “in love” with the singer.

“I can get past you wanting to be with Nelly,” Irv said while reflecting on his alleged fling with his former signee. “Listen, at the time, when it happens, any man, it hurts [when] the chick you fucking are in love with is with this n-gga.

“You wanna hear how I found out? This was God wanting me to find out. I was at home. NBA package, I like watching sports. ‘Oh my God, what’s this commotion going on in the stadium?’ ‘We just found out what the commotion is: Nelly has walked in with Ashanti.’”

Nelly alluded to Irv’s basketball game comments at the end of his and Ashanti’s Oakland performance, telling the “Foolish” singer: “Hey yo, I’ve got floor seats to the next game. What’s happening?”

Irv Gotti had previously delved deeper into his relationship with Ashanti during a 2017 interview with Hot 97’s Funk Flex, alluding to them hooking up. However, he denied Ashanti was the catalyst behind his divorce from his ex-wife.

Elsewhere in his Drink Champs interview, Irv Gotti claimed that the idea for Ashanti‘s 2002 hit “Happy” was conceived right after the pair finished having sex.

In a clip from his and Ja Rule’s chat with N.O.R.E. and DJ EFN, the Murder Inc. founder was asked if his short-lived alleged romantic relationship with Ashanti ever affected business.

“It helped her,” Irv said, before going on to explain how “Happy” came to be. “We just finished sleeping together, or whatever, I’m taking a shower. I’m in the shower, you know, a n-gga be creative after [sex] … I think of the whole track in the shower.”

Gotti said he immediately got out the shower, made a phone call, and headed over to the studio to began work on the track with producer Chink Santana.