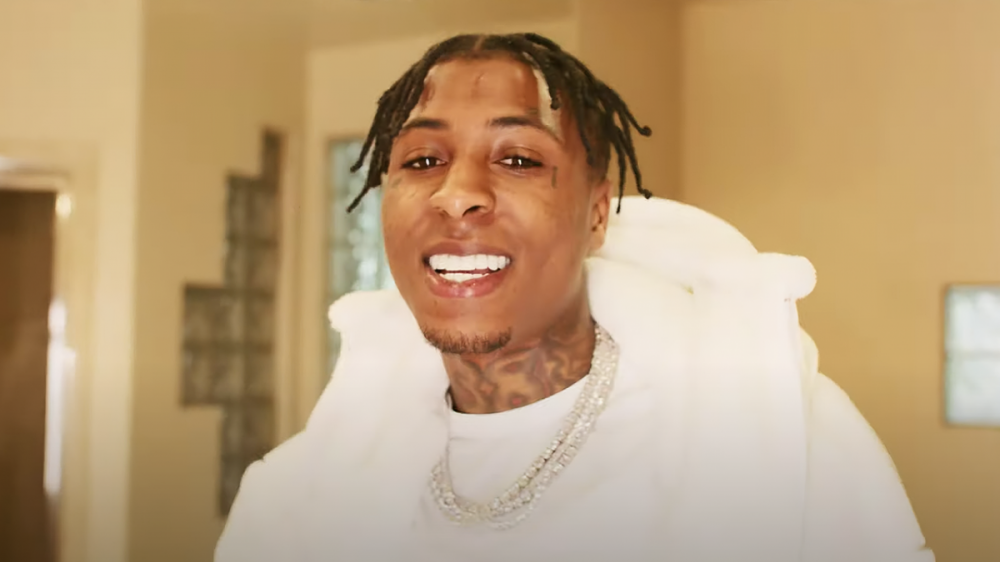 NBA YoungBoy is now a father of 10 after welcoming another addition to his sizeable brood.

The Baton Rouge native announced the birth of a baby boy — whose mother is the rapper’s fiancée Jazlyn Mychelle — on Wednesday (September 28).

The 22-year-old posted a photo of him cradling and feeding their newborn son on his YouTube channel, giving his 11 million-plus subscribers a glimpse of him in daddy mode.

“We got left today for a little but it’s cool,” he captioned the special moment.

It was only earlier this month that YoungBoy Never Broke Again first announced Mychelle’s pregnancy by posting a photo of her baby bump and engagement ring on his Instagram page, which has since been deactivated.

“Dåñgērøùš Łōvê,” he wrote in the caption of the slideshow, which included a photo of him taking a mirror selfie with two of his children, a young boy and a girl. A pregnant Mychelle also made a cameo in YoungBoy’s “Purge Me” music video.

The Sincerely, Kentrell rapper proposed to his fiancée — a YouTuber and social media personality — earlier this year after buying her a stunning, 30-carat diamond-encrusted ring in February.

The couple welcomed their first child together, a daughter, last year. YoungBoy reportedly has eight other children with seven different women, including five sons and three daughters.

Despite his newest bundle of joy, legal troubles continue to loom over the Louisiana native’s head. Although he was acquitted of firearm possession in Los Angeles in July, YoungBoy still faces gun charges in his home state stemming from a September 2020 arrest in Baton Rouge.

On the music side, the rapper dropped the surprise project Realer 2 on September 6, just weeks after the release of his fourth studio album, The Last Slimeto.

Featuring appearances from Quavo, Rod Wave and Kehlani, the project debuted at No. 2 on the Billboard 200 after earning 108,400 album-equivalent units in its first week — just 400 units behind Bad Bunny’s Un Verano Sin Ti.