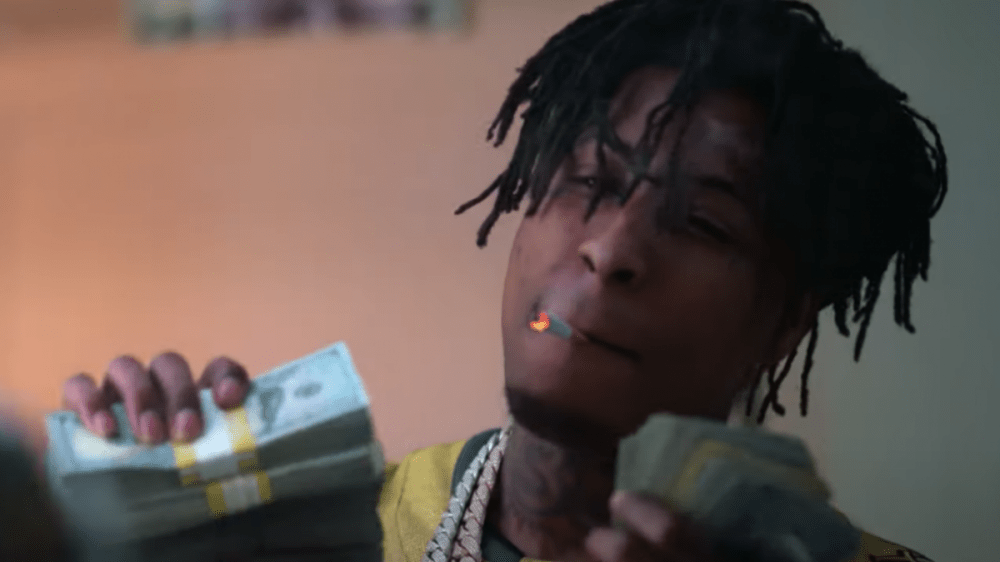 While he remains on house arrest in the confines of his Utah mansion, NBA YoungBoy is still feeding his rabid fan base with music as much as he can. The Baton Rouge native returned on Monday (March 14) with the D-Roc-produced “I Got the Bag” single, which also arrived with an accompanying visual.

YB rides the melodic production and reflects on how he’s held down a certain love interest in his life.

“You know I stay loaded off codeine and Xans/I got the bag, I ain’t showin’ my hand/I take your hoe and put her in a Lamb,” he raps.

Directed by his emerging videographer Fly Guy Nick, YoungBoy does what he can for the video shot entirely at his Utah estate.

The 24-year-old rocks different jerseys from the NHL’s Las Vegas Golden Knights and vintage Seattle SuperSonics thread with pounds of jewelry hanging around his neck. YoungBoy flashes stacks of cash and puffs on a cigarette while moving around different rooms inside his house.

Meanwhile, YoungBoy Never Broke Again’s joint project with DaBaby cracked the Billboard 200’s Top 10 on the latest albums chart. Better Than You landed at No. 10 with 28,5000 total album-equivalent units sold in its first week, according to Billboard.

The feat marks NBA YoungBoy’s ninth album to reach the Top 10. His Colors mixtape debuted at No. 2 on the Billboard 200 in January.