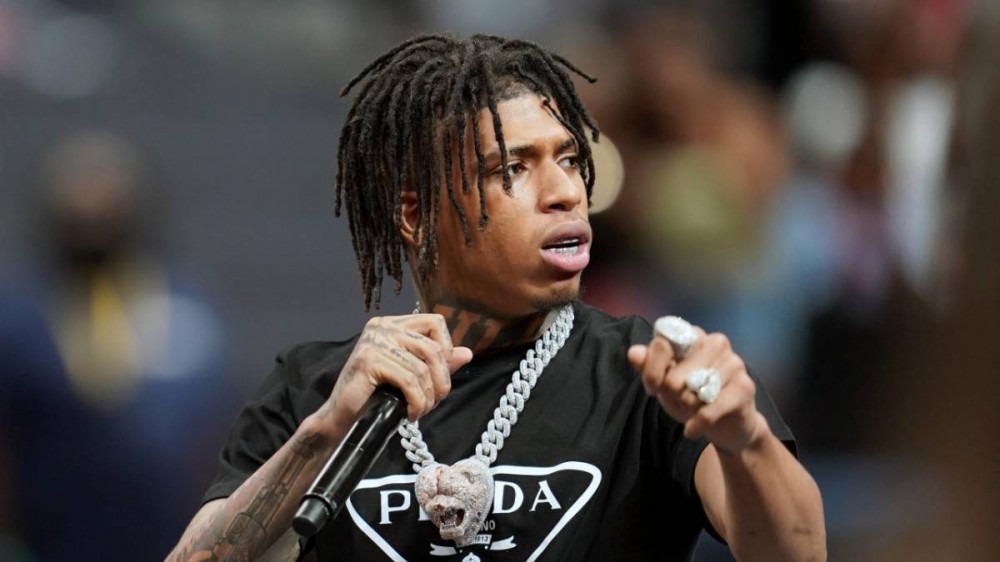 NLE Choppa has worked hard to cultivate a tranquil existence — or at least that’s how it looks on the surface. But on Monday (January 17), video footage of the 19-year-old rapper strolling through an airport looked anything but peaceful.

In a clip posted by The Neighborhood Talk, a man believed to be NLE Choppa is strolling through the terminal when the man filming snaps, “Are you NLE? I asked you mad times. What? Stop playing with me.” From there, the camera falls to the ground as a scuffle appears to ensue. Although the screen is black, the sound of screaming and sneakers on the waxy floor are still audible.” The person claimed in the caption, “I beat nle ass.”

The person who supposedly delivered the beatdown is then shown on the phone with someone off-camera saying, “He just beat NLE Choppa ass [laughs].” He then says to the camera, “Hey yo. Yeah, I just knocked out NLE Choppa. He’s a fucking bitch. Fuck, n-gga.”

But another angle of the confrontation paints a different picture. In a video clip shared by Hollywood Unlocked, NLE Choppa gets off the first punch before he slips. Fans quickly flooded the comment section with their opinions on the incident.

“NLE stole on that n-gga. fell and dude still ain’t get not one hit in. these fans will literally do anything for clout and it’s sad,” one person wrote, while another said, “He definitely connected with that boy and IDK, I didn’t see him whoop nun i saw NLE trip & they dragging for clout. Fans dtm.”

Even fellow rapper Fatboy SSE chimed in with, “FAN A CLOWN SIMPLE YOU LIL NIGGAS GONE GET HURT PLAYING WITH THE RIGHT ONE.”

In May 2021, NLE Choppa was filmed getting into an altercation on a boardwalk in Los Angeles and soon defended his actions on Twitter after the clip went viral.

“Damn y’all never got hit in a fight before?” he wrote. “Face with tears of joy bruh asked for picture I said no I’m enjoying myself and I get called scary and a bitch.

“I make sure I take pictures with every fan but some days I just be trying to chill and get disrespected in the process. And I eat punches ask bout me. Imma rush you take what you got to give and resume beating some. Honestly ain’t wanna fight I was just tryna walk the beach.”