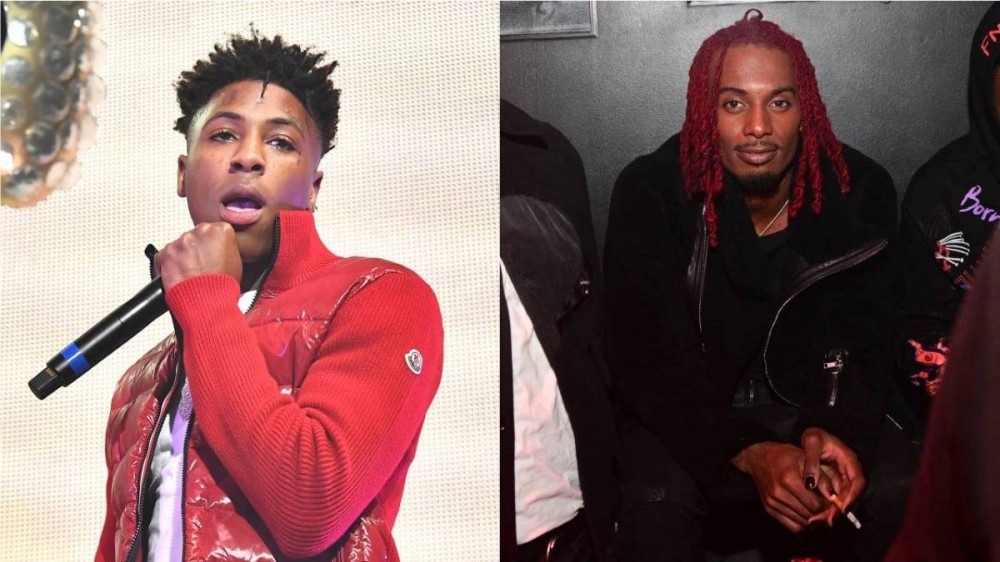 NBA YoungBoy’s consistent musical output has made him the most popular rapper on YouTube, per artist metrics. Following the release of DaBaby and YoungBoy’s Better Than You joint effort, detractors were quick to point out a previously teased YoungBoy track sounded eerily similar flow-wise to one of rap’s more enigmatic figures, Playboi Carti.

In January, DaBaby teased an untitled record featuring YoungBoy, which kicked off the meticulous rollout for Better Than You. Although the initial record didn’t make the final cut, a song titled “Syracuse” shows YoungBoy toying with the Carti flow even more with a high-pitched flow and certain repetition.

“Glizzy, glizzy, show ’em what that Draco do (Blatt! Blatt!),” he spits. “Pass that drank from Syracuse (Ha! Ha!)/Millions, millions, Bentley, Bentley, Lamb’ truck too.” When Carti fans heard the single on Wednesday (March 3), they immediately called YoungBoy a serious “fan” of the Die Lit rapper.

“YB favorite rapper gotta be Carti at this point,” one Twitter user wrote. Another shared a meme of Carti’s reaction to the project and hearing “Syracuse” for the first time.

Yb favorite rapper gotta be Carti at this point pic.twitter.com/HFzeHV2jbN

Playboi Carti after listening to Youngboy and Dababy's mixtape pic.twitter.com/zgCFkLYu5d

The album, boosted by previously released singles “Bestie/Hit,” is the first joint album for DaBaby and the second in as many months for YoungBoy, following his From The Bayou joint project with Cash Money Records co-founder Birdman.

While YoungBoy and DaBaby celebrate a bit of a victory lap with their highly anticipated collab, YoungBoy is facing issues from all sides, whether it be with Lil Durk or 1017 leader Gucci Mane. Days after YoungBoy dissed both men in separate diss tracks, Gucci Mane returned fire with “Publicity Stunt.”

Gleefully recalling YoungBoy’s salute to him on “Make No Sense,” Gucci firmly swatted away YoungBoy’s attempt at beef.

“He tryna pull a publicity stunt/These rappers be pussy, they bleed once a month/Don’t speak on my name, don’t get put in a blunt/You can diss all you want, still won’t get a response,” Gucci opened the song.

Revisit “Syracuse” from YoungBoy and DaBaby’s Better Than You album below.