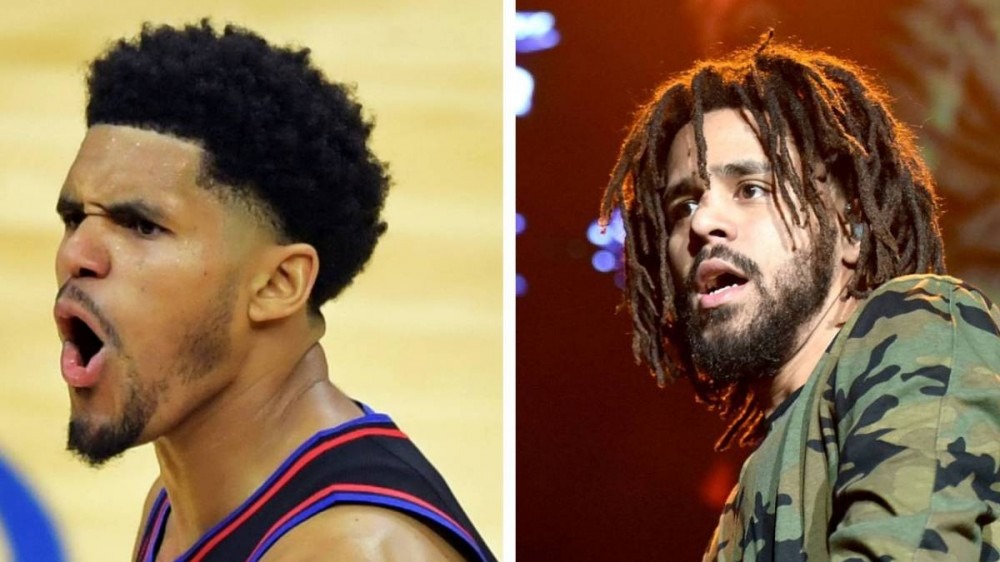 NBA star Tobias Harris has been hearing about looking like J. Cole before the dreads for years and he was reminded once again of his rap twin on Tuesday night (March 23). Harris stopped by for a postgame interview with the TNT crew following their comeback victory over the Golden State Warriors and co-host Adam Lefkoe had the 76ers forward unknowingly repeat a few bars from 2014 Forest Hills Drive‘s “Love Yourz.”

“Tobias, before I let you go, can you say, ‘No such thing as a life that’s better than yours,’” Lefkoe asks.

Harris obliges and repeats the bars without even knowing where the cringe-worthy joke was going. Co-hosts for the night in Hall-of-Famer Shaquille O’Neal and former NBA superstar Chris Webber stepped in to apologize to Harris for the tacky move. Although, Webber did agree that Harris also has a raspy voice and a similar look to the North Carolina legend.

Tobias Harris hopped on Twitter immediately following the exchange to clear up the confusion because he thought he was actually doing an ad read about life vests and had no idea Lefkoe was going for the low-hanging fruit J. Cole quip.

“Nah no lie I thought I was repeating lines for an ad, because I said ‘no such thing as a LIFE VEST better than yours,’” he explained.

Check out some of the responses to the J. Cole and Tobias Harris comparisons below.

I mean he does kinda sound like him pic.twitter.com/Q53Or9rGGr

This was so cringe 🥴

People gotta lighten up. He looks and sounds just like Cole

Hahahah this dude @AdamLefkoe is out of his mind. what is even happening. He’s singing it like he’s Mary poppins lmao

Bruh I can’t believe they made Tobias Harris say a J Cole lyric on national TV. 💀💀💀

J Cole and Tobias Harris on the next State Farm ad. Called it here first.