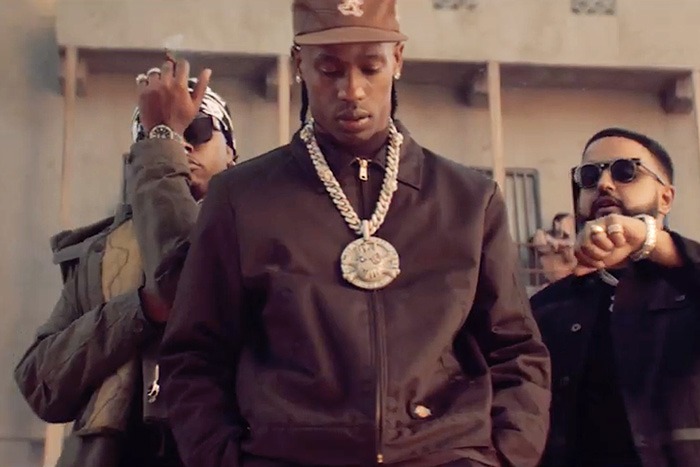 Filmed on a military base and directed by Amir “Cash” Esmailian and Zac Facts, the militaristic clip finds the trio in the middle of a war zone with tanks, flamethrowers, and an army of women. NAV is surrounded by scantily-clad dancers, toting guns and waving the XO flag. Gunna rolls through in a Hummer while Young Thug also makes a cameo. Perched atop a tank, Travis leads his troops as missiles fly through the sky.

NAV dropped the Wheezy-produced track on Friday. He is now readying a follow-up to 2019’s Bad Habits, while Gunna is set to release his new album WUNNA this year.

Head to the front lines with NAV and his squad.