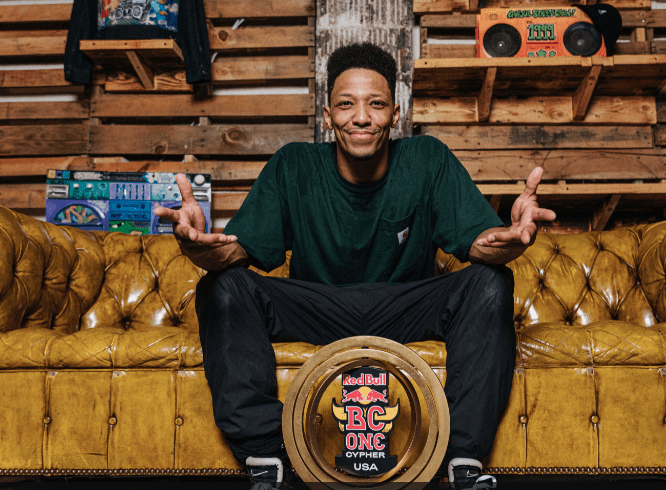 Last night, the largest global breakdancing competition, Red Bull BC One, completed its 2021 U.S. run this weekend with the Red Bull BC One Cypher and Camp USA Finals in Orlando. B-boy Morris and b-girl Isis were crowned U.S. National Champions and will go on to represent the country at the Red Bull BC One World Final taking place in Gdansk, Poland on November 5 and 6.

2024 Summer Games hopeful b-boy Morris crushed the top 16 b-boy bracket, in addition to eight wildcard invites, ultimately being crowned the Red Bull BC One B-Boy National Champion. Born and raised in Sacramento, CA, Morris Isby has competed around the globe for over two decades. Whether competing solo or alongside crew members, b-boy Morris has maintained his status as a champion competitor, boasting over 120 competitive wins under his belt to date. When he’s not competing or performing, Morris is dedicated to ushering in the next generation of breakers through volunteering and mentorship. He is currently training to compete in the 2024 Paris summer games.

Beating the top 16 b-girls in the country, in addition to eight wildcard competitors, b-girl Isis reigned supreme at the U.S. Red Bull BC One National B-Girl Final. Born in Ecuador, now based in Kissimmee, Florida, Isis Alexandra Granda has danced her whole life. Upon discovering breaking while training ballet and contemporary styles, Isis fell in love with the style of dance and has been breaking for eight years. She currently represents The Last Freestylers Crew.