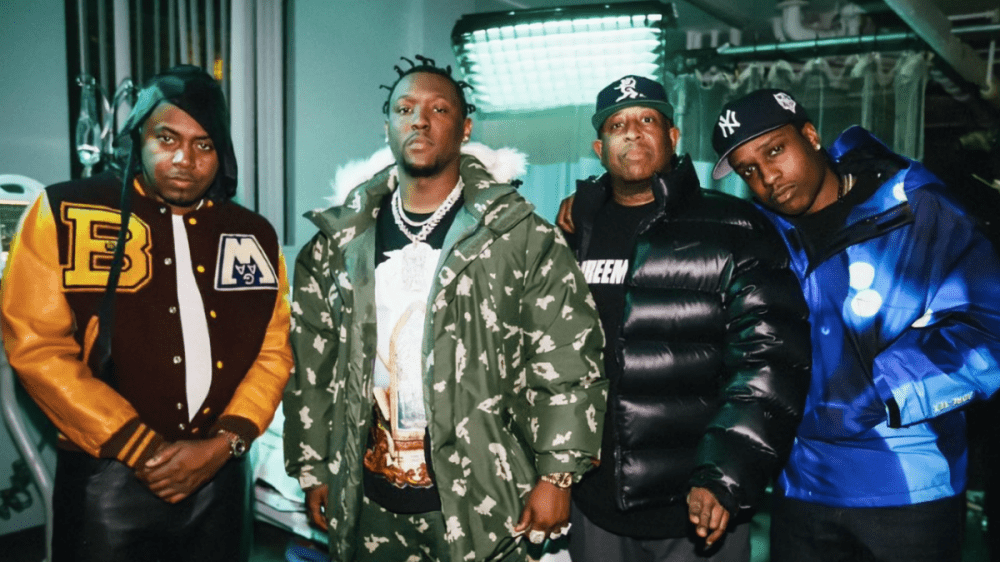 Nas and Hit-Boy rewind the clock in their new video for “Wave Gods,” the first visual release from their latest collaborative effort Magic.

Directed by A$AP Rocky, Hidji and Spike Jordan, the clip takes viewers on a nostalgic trip through the New York City streets while following Nas and Pretty Flacko on the different paths their lives could’ve taken.

From playing homeless people sleeping on benches and scrounging for change on the subway to riding in a limo wearing luxury clothes accompanied by beautiful women, the Queensbridge and Harlem duo taste life from both ends of the spectrum as a graffiti-drenched subway train evokes the Rotten Apple’s grimier past.

Things turn even uglier when Nas gets shot while playing dice on the block. Thankfully, he pulls through and wakes up to see Hit-Boy, A$AP Rocky and DJ Premier sat by his hospital bed.

Of course, no “Wave Gods” video would be complete without a tip of the Yankees fitted to the Wave God himself, Max B. A “Free Max B” poster graces the wall of a Yonkers project apartment while the incarcerated rapper leaves a voicemail message for the foursome.

Produced entirely by Hit-Boy, Magic landed with little notice on December 24. The album debuted at No. 27 on the Billboard 200 — Nas’ lowest-charting effort — with 22,000 first-week units. However, the project was received well critically, with HipHopDX giving it a 4.3 out of 5 score.

Magic marks Nas and Hit-Boy‘s third full-length collaboration following 2020’s Grammy-winning King’s Disease and the Grammy-nominated sequel that dropped last August. As they revealed on Magic, a third King’s Disease installment is in the works.

“Me and ASAP rocky had to pull up and Pray for @nas he’s working on his 4th album in less than 2 years with all Hit-boy beats,” the HS87 producer joked about the “Wave Gods” hospital scene on Instagram. “That’s a SICK guy.”