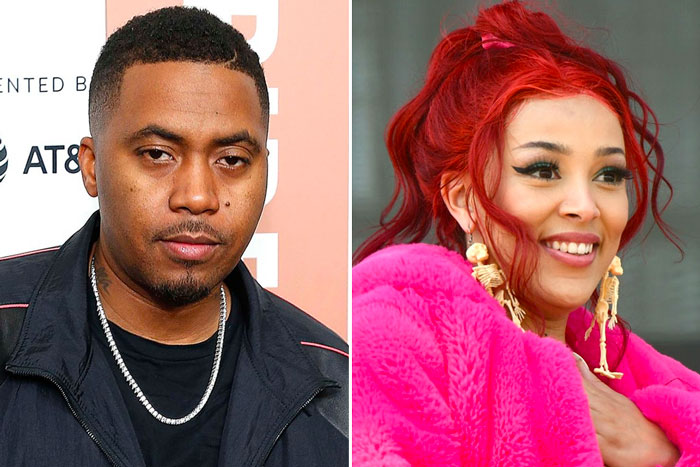 Nas is keeping the peace.

After calling out Doja Cat on his King’s Disease single “Ultra Black,” the rap icon is clarifying the controversial lyric. In an interview with Power 106’s “The Liftoff” show, Nas said that he didn’t mean no disrespect when he rapped, “Unapologetically Black / The opposite of Doja Cat.”

In fact, he came up with the lyric because he just needed it to rhyme. “I just really was saying a rhyme that rhymed with ‘Ultra Black.’ I didn’t even think of it,” he said.

And he wants to be clear, he has no beef with Doja. “It’s all love,” said Nas, who was trying to find something to contrast the following lyric: “Michael Blackson Black.”

“It literally is, Doja Cat’s the opposite of Michael Blackson,” explained the song’s producer, Hit-Boy.

Despite his intentions, the song still made headlines and caught the attention of Doja, who expressed her fake outrage. As a result, she now plans to release her song “N.A.S.,” an acronym for “Ni**as Ain’t Shit.”

“The song that I have coming out is called ‘N.A.S.,’ but only if you abbreviate it. It’s three words–abbreviate. Which is funny, it’s kinda nice,” she told fans.

Doja Cat reveals she has a new song coming out called “NAS” pic.twitter.com/5SYBVAfzim