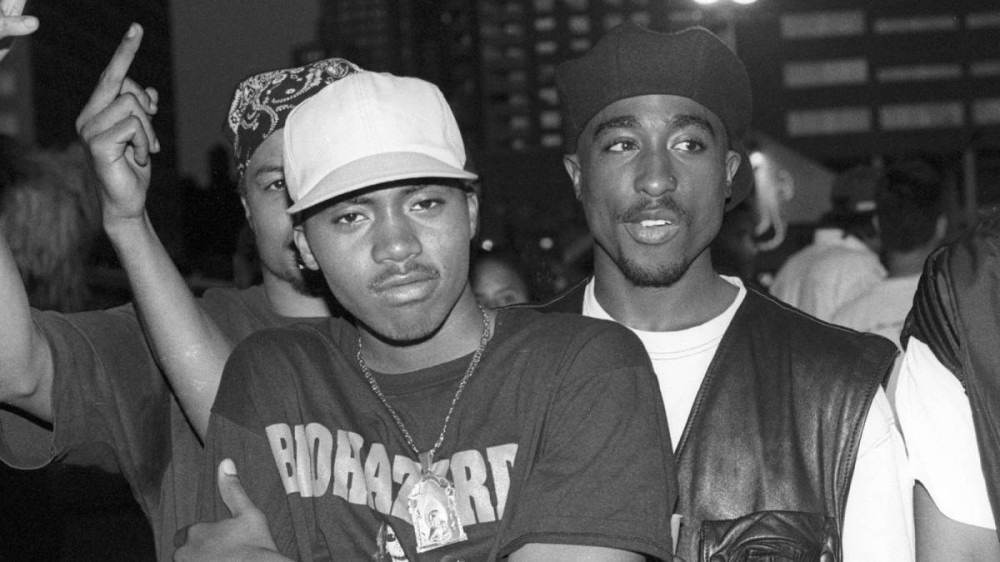 Nas dropped his new album King’s Disease II on August 6, the follow-up to the Grammy Award-winning original. The 15-track effort came with the album highlight “Death Row East,” which found the Queensbridge-bred legend reflecting on his past beef with the late Tupac Shakur.

On Thursday (August 12), Nasir Jones shared an Instagram post featuring two throwback photos of himself and 2Pac, explaining they were both from the evening that spawned the song.

“The night of DEATH ROW EAST,” he wrote. “When you got a story real as mine you can’t leave nothin out. King’s Disease II Out Now. RIP KING 2PAC. Love To The Outlawz. @hitboy KD2.”

Throughout the track, Nas raps about running into former Death Row Records CEO Suge Knight, what happened when his brother Jungle ran into ‘Pac and denies a rumor regarding 2Pac’s 1994 shooting at Quad Studios with, “There’s a rumor that spread I’d like to address/Pac was never set up by Stretch (Let it rest).”

Elsewhere in the song, he rapped about heading out to Las Vegas in 1996 to shoot the “Street Dreams” video and connect with ‘Pac in an attempt to squash the East Coast/West Coast beef that was ongoing at the time. But it was too late — 2Pac passed away on September 13, 1996.

“We didn’t talk, but he was still alive in the hospital,” he spits. “And it rained that day in Vegas. Rest In Power.”

At the end of the track, former Yo! MTV Raps co-host Ed Lover reveals 2Pac had died.

“This brother was good enough to stop his show,” he says. “And I want everybody in here, everybody stand up on their feet. First and foremost, please. At 7:03 p.m. New York time; 4:03 p.m. Las Vegas time, Tupac Shakur passed away, y’all. Give me a moment of silence.”

In July, an unreleased diss track Nas recorded about 2Pac called “Real N-ggas” surfaced online. He rapped at the time, “From tube-socks in Timbs to blue rocks and Benz/Who got the ends, the type of n-gga 2Pac pretends/To all n-ggas who shine, guess who got revenge.”

It was preceded by a sample of Nas’ opening bars from 1996’s “The Message,” the It Was Written track that initially lit the fuse. But ultimately, it turned out to be a misunderstanding and they were able to smooth things out backstage at the 1996 MTV Video Music Awards.

“He was like, ‘Yo Nas, we brothers, man. We not supposed to go through this’ and I was like, ‘That’s what I’m saying.’ We had a plan to squash it in Vegas, so I was out there when he was in the hospital and praying for him to come through. Rest in peace to ‘Pac.”