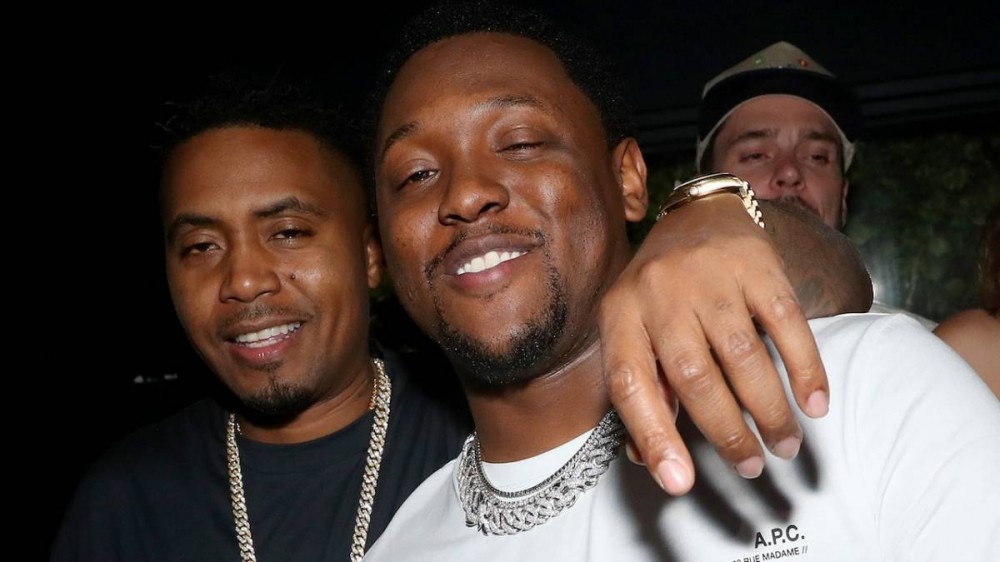 Nas has been spending a lot of time with Hit-Boy in the studio recording music. They’ve already dropped King’s Disease and its sequel in 2020 and 2021, respectively, and they’re back with another offering titled Magic which dropped Friday (December 24).

To celebrate the new album, Hit-Boy took to his Instagram with a behind-the-scenes look at one of the studio sessions for the album. In the clip, Nas is rocking his head to the beat for the album opener “Speechless” as Hit-Boy captures the funny moment.

The beat goes on, and Nas turns his head at Hit-Boy when the guitar strums reverberate through the drums. Nas looks at Hit-Boy in disbelief and stands up to tell him, “Yo, stop playing man.”

DJ Premier and Boi-1da voiced their approval of the beat with an assortment of emojis in the comment section of Hit-Boy’s post. Fans are talking all about Magic on social media as Nas and Hit-Boy seem to have hit the jackpot once again with the 9-track effort.

The duo is far from done releasing new music though. On “Ugly” Nas rapped that King’s Disease 3 is on the way.

“I’m on offense every day until I see the love,” Nas rapped in the first verse. “KD3 on the way, this just to feed the buzz.”

In August, Nas first teased the next installment in his King’s Disease series with Hit-Boy while calling the producer his Quincy Jones.

He added, “I think what we have is magic … I think if we do another one, I’m excited about that idea, but you know, we’re celebrating this one now.”

Hit-Boy was nominated for Producer of the Year at the 2021 HipHopDX Award but lost to Alchemist.