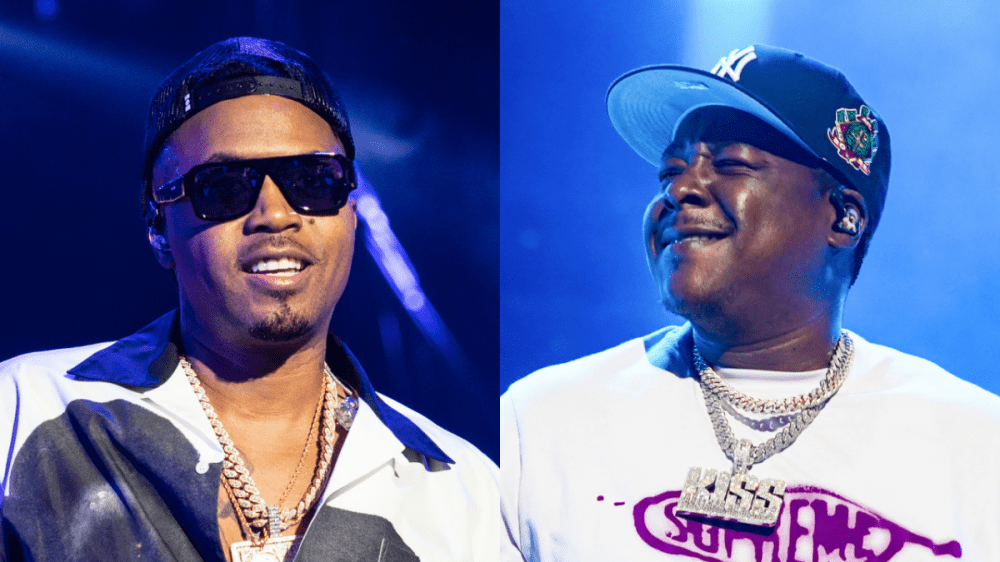 New Orleans, LA – New Orleans may have played host to the 2022 Essence Fest, but New York made its presence felt during the festival weekend.

During Nas‘ co-headlining concert with the City Girls at The Fillmore on Sunday night (July 3), the Queensbridge MC brought out Jadakiss as a surprise guest. Sharing the stage for the first time in roughly a decade, the veteran New York rappers joined forces for a rare performance of their “Made You Look” remix.

Produced by Salaam Remi, “Made You Look” was originally released in September 2002 as the lead single from Nas’ sixth album God’s Son. The track peaked at No. 32 on the Billboard Hot 100 — Nas’ third highest-charting single — while cracking the top 10 on the Hot Rap Songs chart.

A remix featuring Jadakiss and Ludacris soon followed, with Kiss declaring himself “top five dead or alive, and that’s just off one LP.” The trio famously performed the remix during Nas’ Made You Look: God’s Son Live concert at New York City’s Webster Hall in 2002.

Nas and Jadakiss have also linked up on “Show Discipline,” “What If,” “Rain” and Fat Joe’s “John Blaze,” as well as “Just Because,” an unreleased collaboration with JAY-Z and DMX that was intended for Swizz Beatz’s 2018 album Poison.

Nas and Jadakiss’ “Made You Look” reunion capped off a busy weekend in The Big Easy for both rappers. Esco delivered an almost hour-long Essence Fest set at the Caesars Superdome on Friday (July 1), while Jadakiss and The LOX were among the all-star guests for The Roots’ performance on Sunday (July 3), which also boasted cameos from Method Man, Ghostface Killah, Raekwon, Lil Kim and Ashanti.

One of the biggest moments of this year’s festival came courtesy of Nicki Minaj, who seemingly dissed Kanye West during her headlining set on Friday. “I’m Monster’d out,” she said while refusing to perform their My Beautiful Dark Twisted Fantasy collaboration. “We don’t fuck with clowns.”