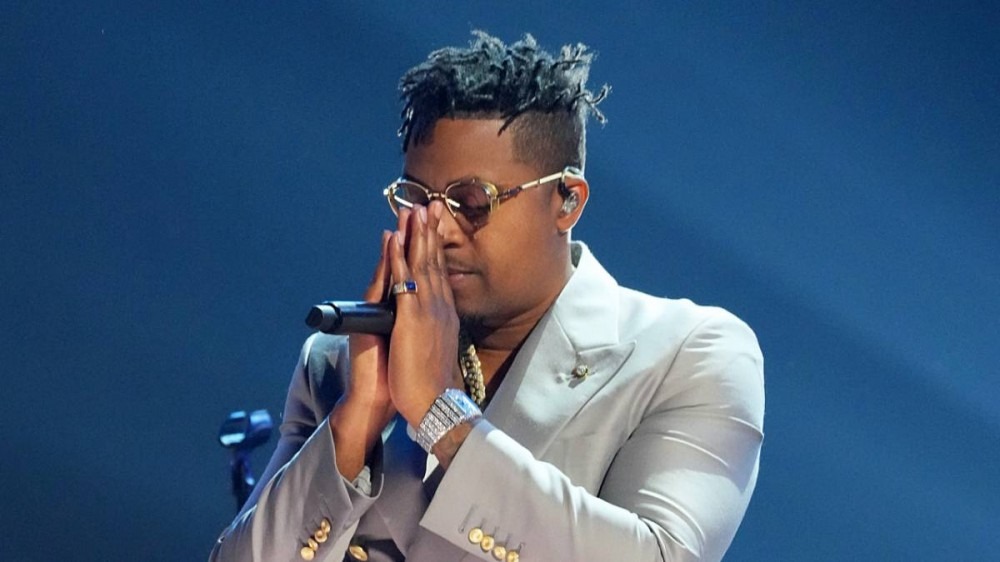 Las Vegas, NV – Almost exactly a year after winning his first Grammy award for 2020’s King’s Disease, Nas returned to the Grammys stage on Sunday night (April 3) where his legendary career deservedly basked in the spotlight.

Looking dapper in a double-breasted suit, the Queensbridge rap icon marked his first solo Grammys performance by delivering a medley of career-spanning classics with help from a live band, which counted jazz pianist Robert Glasper among its ranks.

After being introduced as “your favorite rappers’ favorite rapper” by Grammys host Trevor Noah, Nas opened with “I Can” before diving into “Made You Look” and “One Mic” — fitting song choices considering God’s Son celebrates its 20th birthday this December.

As a photo of an Illmatic-era Nasir Jones filled the giant screen behind him, the 48-year-old MC capped off his victory lap with an emphatic rendition of “Rare,” taken from last year’s King’s Disease II.

While the Recording Academy has historically snubbed his work, Nas’ performance refused to be overlooked as it drew a standing ovation from inside the MGM Grand Garden Arena in Las Vegas, with the likes of Jack Harlow, Lil Nas X and J Balvin applauding on their feet.

Nas' performance at the #GRAMMYs tonight.

Alright @Nas this performance is everything. He’s a Legend. #Nas #GRAMMYs pic.twitter.com/GvZyoomZti

In addition to gracing the mic, Nas was also nominated for two awards at this year’s Grammys, with King’s Disease II up for Best Rap Album and his “Bath Salts” collaboration with the late DMX and JAY-Z in contention for Best Rap Song.

Ultimately, Esco lost out in both categories as Tyler, The Creator‘s CALL ME IF YOU GET LOST won Best Rap Album, while Kanye West and JAY-Z‘s “Jail” walked away with Best Rap Song.

But after reminding the millions of viewers who tuned into Sunday’s Grammys broadcast of his revered lyricism, refined stage presence and still-flourishing catalog, it would be untrue to say Nas went home empty-handed.

Check out more reactions to Nas’ Grammys performance below.

He really is in Rare Form… 🐐 pic.twitter.com/fVHXhDjBdc

@Nas is a rare one. 💎 #GRAMMYs pic.twitter.com/GvmZhYU0UX

Glad to see the Grammys saluting Nas like this. Hate that it took so long for him to win an award, but glad they got there. This also legit felt like a Nas performance lol, in more ways than one

I don’t think y’all understand how @Nas is one of the greatest to EVER do it! #GRAMMYs One of my biggest inspirations #NAS.