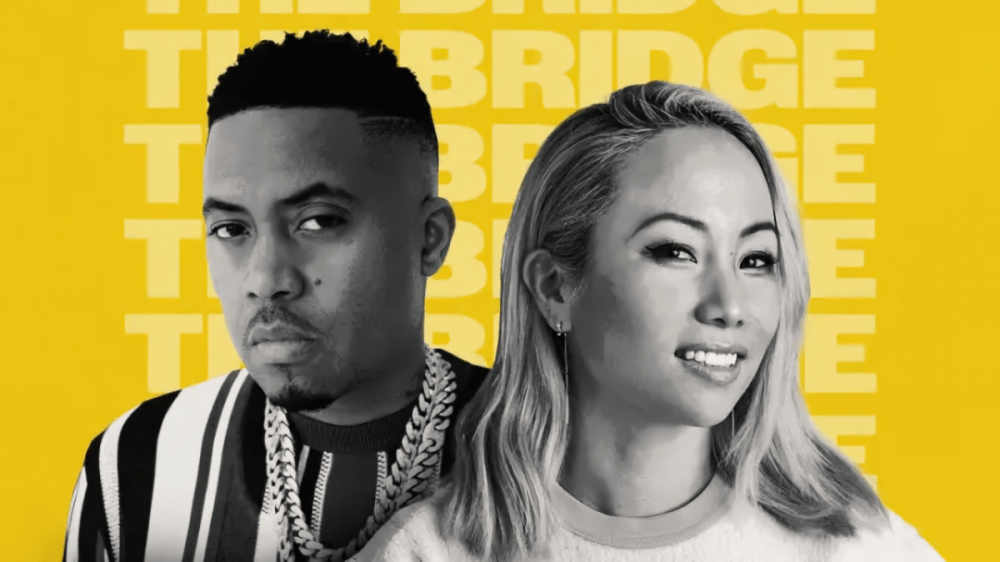 Nas has spent the better part of the last 30 years as one of the greatest rappers alive, but now he’s turning his hand to becoming something of a Hip Hop professor as the genre’s 50th anniversary approaches.

Coming exclusively to Spotify later this month, The Bridge positions itself as a Hip Hop history lesson in podcast form as Nas and Miss Info explore the culture’s journey over the last five decades — as told by those who’ve lived it.

“This is our opportunity to go deep and explore how Hip Hop went from the microphones, turntables and sound systems to big business and a worldwide cultural phenomenon,” Nas says in the trailer for the new podcast series, which is produced by Spotify and Mass Appeal.

“Every week me and Nas talk to our personal heroes and the creative forces that shaped Hip Hop and helped it grow,” adds Miss Info, who has spent decades as a respected radio personality and music journalist. She famously penned The Source‘s five-mic review of Nas’ debut album Illmatic in 1994.

Nas and Miss Info will be joined by special guests throughout the series, including Ice Cube, Mary J. Blige, DJ Jazzy Jeff, Cordae and Nas’ brother Jungle. Season one of The Bridge: 50 Years of Hip Hop debuts November 16, with new episodes premiering weekly.

The Bridge: 50 Years of Hip Hop is just the latest project from Nas and Mass Appeal’s Hip Hop 50 campaign, a multi-platform initiative celebrating a half-century of Hip Hop.

The slate also includes a series of documentaries airing on Showtime in December and Hip Hop 50 The Soundtrack, a collection of new EPs from top-tier Hip Hop producers such as DJ Premier, Swizz Beatz and Hit-Boy arriving in 2022.