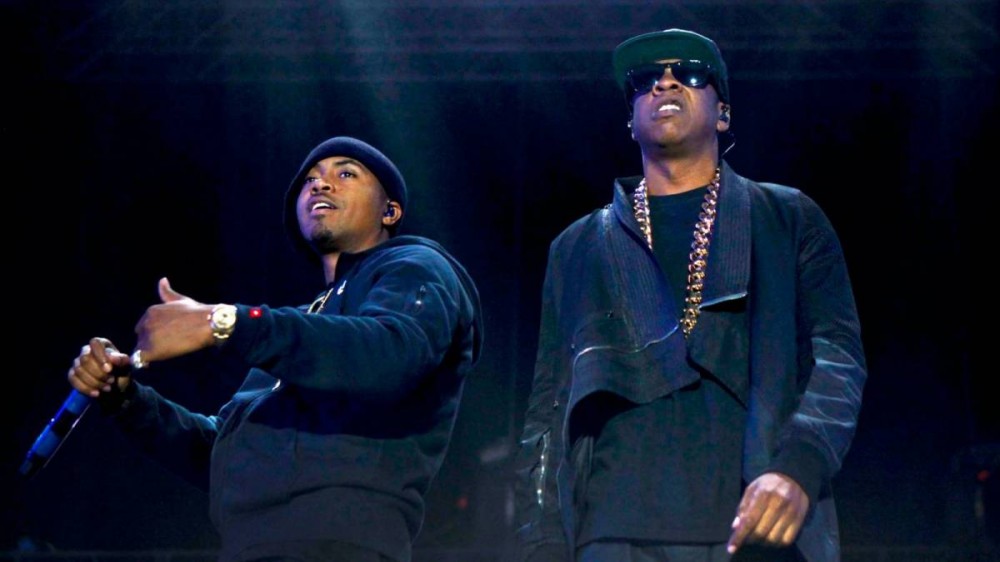 Roc-A-Fella alum Memphis Bleek was one of the first artists signed to Damon Dash and JAY-Z’s label in the late 1990s. Two of his four studio albums — 1999’s Coming of Age and 2000’s The Understanding — went gold and he’s been perpetually linked to Hov for the last two decades plus.

During a recent interview with Brandon “Scoop B” Robinson of Bally Sports, Memphis Bleek was asked about the possibility of Nas going head-to-head with JAY-Z for a Verzuz battle, which he quickly shot down.

“There’s no comparison,” he replied. “Because Nas doesn’t have enough songs to compete. And it’s no disrespect to him but, he just don’t. Jay can battle somebody with just his B-Sides concert catalog, and it’ll still be better than people’s A-Sides.”

He continued, “It would have to be somebody like Big. That was his only competition that I’ve ever seen that he even felt that was competition. And he knew when they went and did Brooklyn’s Finest. Like, Jay knew that I had to go in the studio with the best-best of me ever because I’m rhymin’ with one of the best from Brooklyn. I’m not gonna let this dude dog walk me on my own record.”

Jay-Z, Nas @verzuzonline would NEVER happen because Nas doesn’t have enough songs to compete with Jay-Z according to @memphisbleek.

“Would have to be somebody like BIG, that was his ONLY competition.” pic.twitter.com/aBgvn5bKtL

There was a time when a friendly battle between JAY-Z and Nas wouldn’t have even been a thought. The two legends were embroiled in one of Hip Hop’s most infamous beefs throughout the late ’90s and early 2000s. In 2005, the two Hip Hop titans publicly reconciled at the Continental Airlines Arena in East Rutherford, New Jersey during Hov’s I Declare War Tour.

But while speaking to MC Serch for The Serch Says Podcast in August 2020, DJ Cassidy recalled DJing at a Def Jam holiday retreat in 2006 at Connecticut’s Foxwoods Resort Casino, a place he likened to Atlantic City, where they were able to put their differences aside and put a permanent end to their feud.

“At the time, I’m doing all of Jay’s parties and Jay was the president of Def Jam and L.A. Reid was CEO,” he told Serch in an exclusive clip obtained by HipHopDX. “So, Jay and L.A. had already signed Nas to Def Jam and this was a big deal.

“I think Nas was coming from Columbia, so this was a huge deal because the JAY-Z and Nas battle had taken over the world. Several years later, Def Jam signs Nas while JAY-Z is the president of Def Jam, so this was an end of an era, the end of their beef, the two greats coming together — one as the label head, one as the artist.”

DJ Cassidy continued, “So Def Jam has an annual retreat over the holidays where all the staff and some of the artists, and they have parties. I did the opening night or the closing night party … I’m on a stage at a casino restaurant and we’re not talking a ballroom — we’re talking like the P.F. Changs at the casino. On one side of the room is Jay, on one side is Nas. I led myself into this epic 30-minute back-and-forth between Jay records and Nas records, and not just the hits. Like ‘Memory Lane,’ so on and so on. If my memory serves me correctly, the space between them started to get smaller and smaller.”

That’s when DJ Cassidy noticed something special was happening — and they’ve been cool ever since.

“Before you knew it, I passed someone a mic — this is all very casual, there was nothing set up for a performance,” he said. “This is like standing on a restaurant table. Next thing you know, they’re rapping each other’s lyrics. You could feel it in the room from L.A. Reid down, that everyone was like a little kid at Disney World witnessing their favorite superheroes come out of the castle. And they were doing their own but next to each other.”

The next Verzuz battle is scheduled on September 14 at 9 p.m. ET in New York City where Fat Joe will face off against Ja Rule.