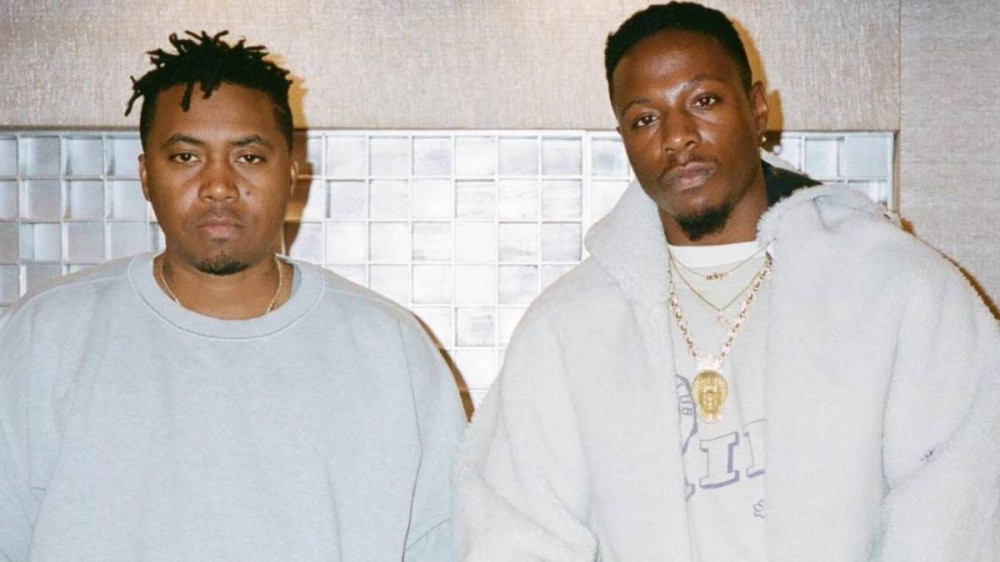 Nas is one of Hip Hop’s most exalted MCs, so getting a co-sign from the Illmatic mastermind is bound to feel gratifying. Joey Bada$$ knows firsthand how that feels. On Monday (February 28), the Brooklyn-bred rapper shared a series of Instagram photos that included a snap of himself standing next to Nas.

He wrote in the caption, “[Goat] I ain’t work this hard to be around people I don’t like [goat.]”

Joey Bada$$ further elaborated in a Twitter post and revealed Nas had heard some of his new music. According to 27-year-old, Nas had some high praise for what he heard in the studio.

“Played Nas some of the album and he said he was inspired,” he wrote. “He also loved the next song I’m dropping for y’all, he called it ‘the perfect single.’ Meant a lot hearing that from the [goat]. New raps on the way.”

Played Nas some of the album and he said he was inspired. He also loved the next song I’m dropping for y’all, he called it “the perfect single”. Meant a lot hearing that from the 🐐. New raps on the way.

Joey Bada$$ hasn’t released a proper studio album since 2017 when he dropped ALL-AMERIKKAN BADASS. Needless to say, his fans are anxious for a follow-up. In January, Joey Bada$$ held an Instagram Live Q&A session where he fielded questions from anyone who chose to join. One of the most asked questions by fans was the status of his next studio album, which he confirmed would arrive in 2022.

“Shit, the album dropping this year for sure,” he said. “I ain’t going to say exactly when, though, because there’s certain rappers who be on my heels, so Ima just… it’s coming though.”

ALL-AMERIKKKAN BADASS debuted at No. 5 on the Billboard 200, moving over 51,000 total album-equivalent units in its opening week, with roughly 28,000 of those copies were pure album sales.

As for Nas, he delivered King’s Disease II last August with contributions from Eminem, EPMD, A Boogie wit da Hoodie, YG, Lauryn Hill, Charlie Wilson, Blxst, and Hit-Boy. The project debuted at No. 3 on the Billboard 200, his highest-charting album in nine years.