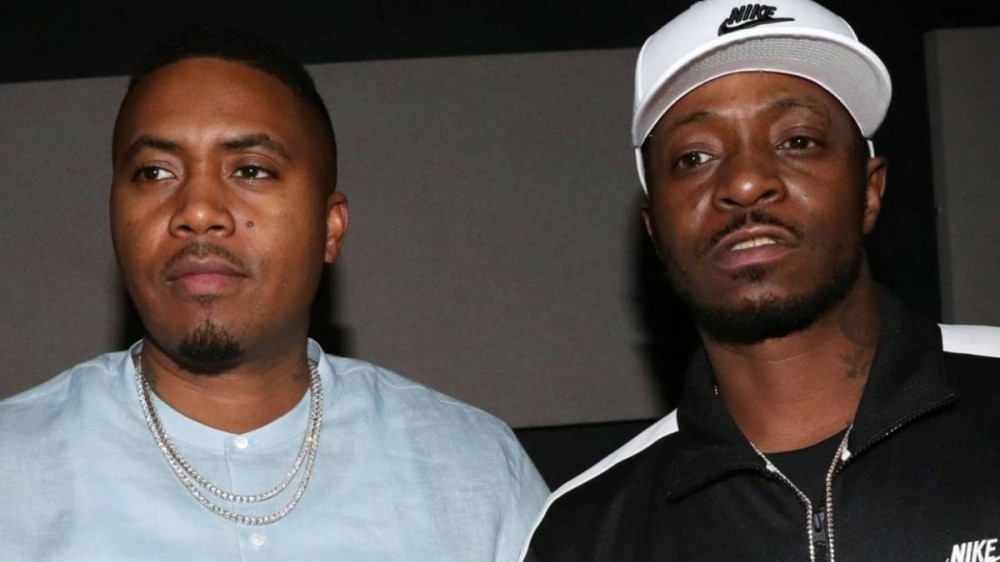 Tupac Shakur may be physically gone, but his legacy firmly lives on. Twenty-five years after his murder, he remains a consistent topic of conversation in Hip Hop circles. Case in point, Nas’ brother Jungle recently sat down with the Smoke Champs podcast for the debut episode where he revisited an altercation he had with the late rap legend and Death Row while attending the MTV Video Music Awards in the 1990s.

In the clip, Jungle explains it all started when 2Pac dissed Mobb Deep on “Hit Em Up” in 1996. To him, that translated to dissing all of Queensbridge where Nas and Jungle are from.

Around that time, that’s when the 2Pac-Mobb Deep shit happen … he didn’t say anything about Nas, but he shitted on Mobb Deep so you shitted on Queensbridge. And as a kid, KRS did that to Queensbridge and we don’t play that no more. We was at the MTV music awards and Nas had to give an award, so he went to the back. I was like, ‘I’m gonna be at the bar waitin’ for you.’

While the clip stops there, both Jungle and Nas opened up about that night during an interview with Ebro Darden in August. The story continues with, “I yelled it out, ‘Yo, Mobb Deep in the house. I will take a Death Row chain!’ They came right back with Pac, and he’s looking like, ‘Who said that?’ … And I was like, ‘Oh god.’ And I was with his guy, Moose, and Moose was like, ‘Man, yo, I got you. I see everybody and they don’t even know I’m with you.’

“And he’s like this karate expert from Queensbridge. … I said it again, ‘Mobb Deep, what’s up Pac? What’s up? I’ll take your chain right now.’ And then they surrounded me again. They surrounded me, all, ‘What’s up with you? All it is. And Death Row, we here to die. You don’t know Death Row.’ They had razors in their hands, everything.”

But the situation was diffused by the time Nas caught wind of it.

“I’m in the seats at the spot,” Nas remembers. “And somebody came and said, ‘Yeah, your brother and them is getting it on in the lobby or whatever,’ or something like that,” explained Nas. “So I got up and I went out there, but it was already squashed at that point.”

The debut episode of Smoke Champs premieres on October 31. In the meantime, check out the Apple Music interview with Nas and Jungle here.