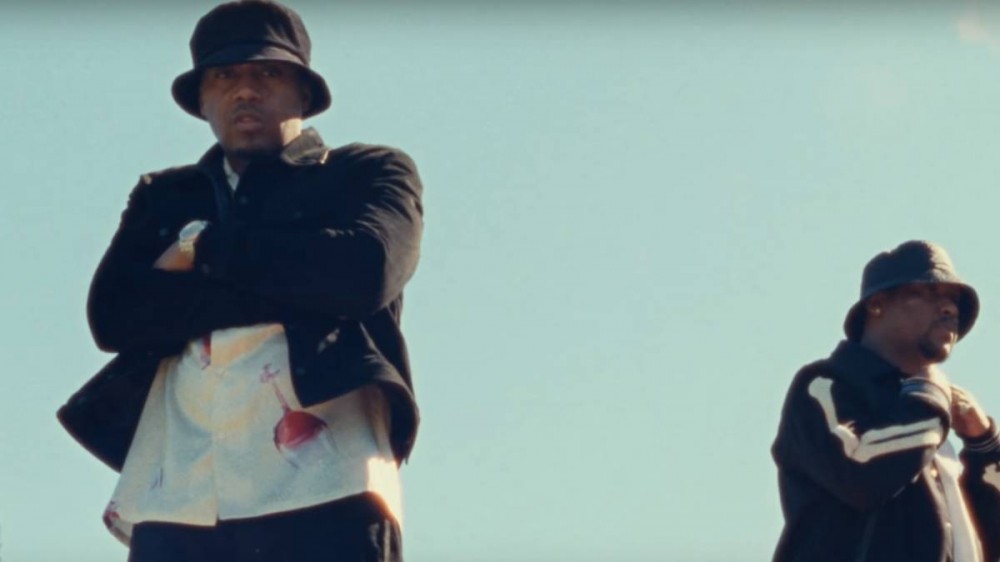 After premiering the collab back in February on the Judas and the Black Messiah soundtrack, Nas and Hit-Boy come through with the visual to “EPMD.” With Def Jam’s Kaash Paige making a cameo, the legendary rapper and HipHopDx’s 2020 Producer Of The Year enjoy the lavish luxuries of life on the west coast as Nas spits his homage to the duo comprised of Erick Sermon and Parrish Smith.

Nas and Hit-Boy have been hard at work throughout the pandemic, collaborating entirely on Nas’ August album, King’s Disease. With appearances from Fivio Foreign, A$AP Ferg, Big Sean, Don Toliver, Lil Durk and even The Firm in their entirely, the 13-track effort became Nas’ 10th top 5 debut when it arrived at at No. 5 on the Billboard 200 with 47,000 album equivalent units in its first week.

Not only did it chart well, but after over two decades in the game – King’s Disease earned Nas his very first Grammy. The effort took home the trophy for Best Rap Album at the 2021 Grammy Awards in March, beating out D Smoke’s Black Habits, Jay Electronica’s A Written Testimony, Freddie Gibbs and The Alchemist’s Alfredo and Royce Da 5’ 9’s The Allegory.

March was a good month for Nas, who also found his classic debut Illmatic added to the Library of Congress alongside 24 other recordings. Librarian of Congress Carla Hayden called the album and the others in the 2020 class “audio treasures worthy of preservation for all time based on their cultural, historical or aesthetic importance in the nation’s recorded sound heritage.”

Watch the video for “EPMD” up top.