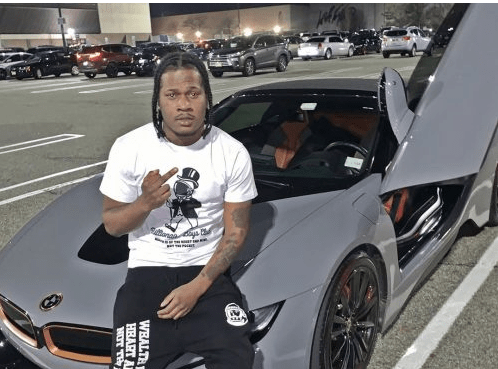 According to several confirmed reports, Brooklyn drill rapper Nas Blixky was shot in the head and is currently in the hospital in critical condition.

It is being reported that Blixky, whose real name is Nasir Fisher, was allegedly shot because he simply previewed a diss track aimed at PG-16. Blixky compared PG’s shooting to that of FBG Duck, a Chicago drill rapper killed weeks after his “Dead B*****s” diss track.

One of Blixky’s rivals, Nas EBK, took full advantage of Blixky’s life-threatening circumstance and started throwing shots at the Blixky gang, including Nick Blixky, who was shot and killed in Brooklyn almost two years ago. A video with EBK’s IG stories shows him laughing at his opps past and current situation.

No suspects have been arrested in the Nas Blixky shooting and an investigation into the incident is ongoing. TheSource.com will update this story when details develop.