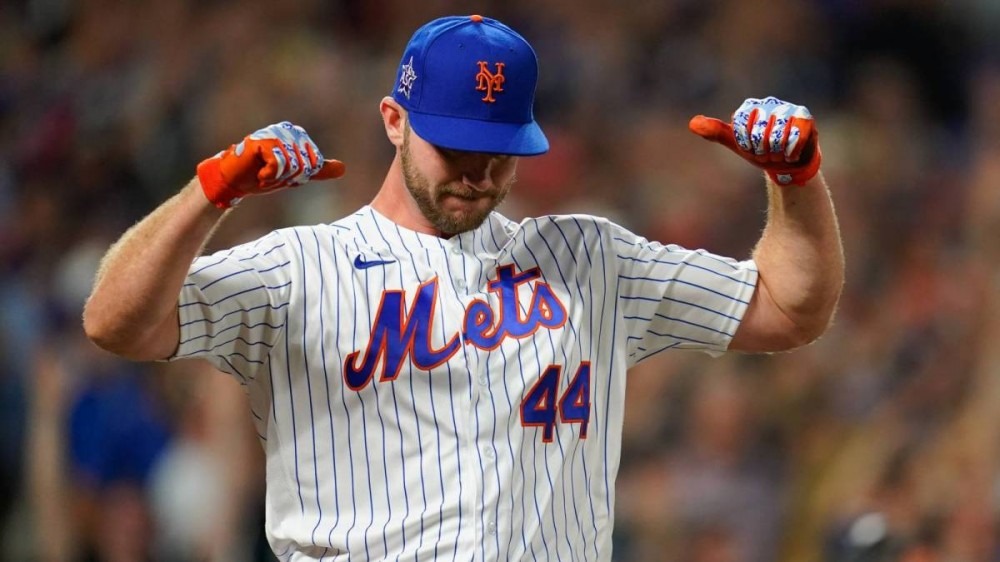 Denver, CO – MSBNC anchor Ari Melber has made it a point to weave Hip Hop references into his broadcasts, which is somewhat surprising considering the often-stiff delivery of the news. But discovering Hip Hop nods in unexpected places is presumably interesting for any fan of the culture.

On Monday (July 12), New York Mets first baseman Pete Alonso held a press conference after his second consecutive Home Run Derby win at Coors Field in Denver, Colorado, where he danced on the field to songs such as “Hypnotize” by Biggie and “Shook Ones II” by Mobb Deep.

When asked about his music selections, Alonso paid tribute to some of New York Hip Hop’s most legendary artists and explained why New York City is so special to him.

“All my music that was playing today was New York guys — Nas, Mobb Deep and Notorious B.I.G.,” the Florida native told reporters. “I wanted to set the vibe and just represent for New York. For me, New York has treated me so well. I feel like I’m a part-time New Yorker.

“I know I’m not born there of from there but for me, New York has treated me so well. I love the city and I love playing for the Mets. I just feel connected to the people and the culture of the city.”

Pete Alonso talks about having Nas, Mobb Deep & The Notorious B.I.G. for his Home Run Derby playlist, and why he felt that was important:

“I feel like I’m a part-time New Yorker…for me New York has treated me so well. I love the city and I love playing for the Mets” pic.twitter.com/fWLq54d2eC