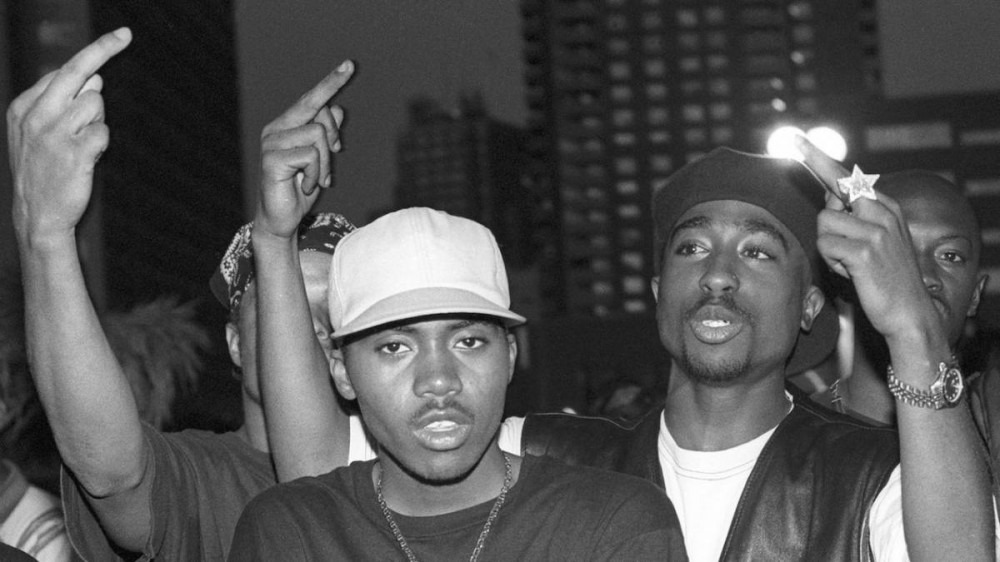 An infamous photo of Nas and 2Pac from 1993 has landed the Queensbridge rapper in federal court.

According to Radar, noted photographer Al Pereira has named Nas in a lawsuit, claiming he shared Pereira’s photo of him, Pac and Redman outside of Club Amazon in 1993 without permission or licensing the work. Per court documents, Nas re-uploaded the photo to his personal Instagram account in 2020, three years after Pereira registered copyright for it.

Pereira would file his suit in February, and in his eyes, the worth of the photo diminished after Nas posted it on Instagram. He’s suing for damages plus an injunction against Nas for using his work.

The lawsuit against Nas isn’t Pereira’s first regarding his work. In 2017, he sued Kylie and Kendall Jenner for unlawful use of photographs he took of Pac and The Notorious B.I.G. The Jenners attempted to use the photos as part of a clothing line.

In an interview with Culture Crush, Vikki Tobak, creator of Contact High: A Visual History of Hip-Hop, recalled the moment she discovered the photo of a young Nas, Pac and Redman as well as The Notorious B.I.G.

“We uncovered an Al Pereira photo that’s a very infamous photo of Biggie, Redman, and Tupac together,” she said. “And also on that contact sheet, when we were going through it, there was a strip of images of Tupac and Nas. It was already funny, when Al tells the story of some “big guy” trying to get into his photo of Tupac and Redman, and that it turned out to be Biggie Smalls himself before he was signed.

“So on top of that, it turns out there had never been a photo of Tupac and Nas together. Al never realized it was on the contact sheet because at the time he took it, Nas wasn’t famous at all. It was in 1993, and Nas’s first album didn’t come out until 1994. He was just some kid, recording and making his way, and ruining the shot. And Al, being the kind of photographer that he is, was like “I’m going to get the photos of the people that I can sell to magazines, and that is Tupac and Biggie.” So that photo, when we uncovered it, it meant a lot to Nas, because it also had one of his closest friends, who ended up passing away a few years after the photo was taken, in the photo with him.”