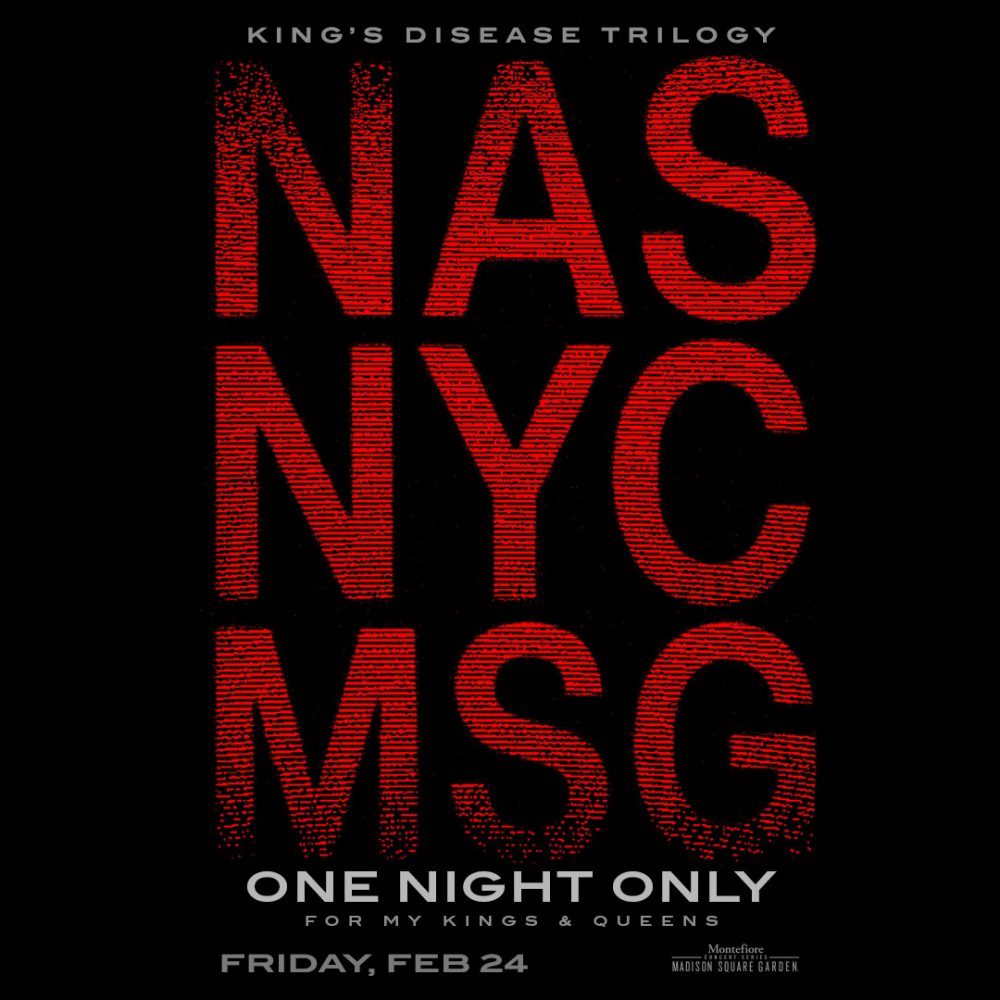 Nas has announced his first-ever show at Madison Square Garden. The event is set for  Friday, Feb. 24.

Produced by Live Nation, tickets will go on sale to the general public on Friday, Nov. 18 at 10:00 AM ET via Ticketmaster.com. Chase cardholders will have advance access to tickets from Tuesday, Nov. 15 at 10:00 AM ET through Thursday, Nov. 17 at 10:00 PM. Tickets will also be available in person beginning on Saturday, Nov. 19, at the Madison Square Garden, Radio City Music Hall, and Beacon Theatre box offices.

This past Friday, Nas released his King’s Disease III album, completing a trilogy collaboration with Hit-Boy. Nas won his first-ever GRAMMY Award in 2020 for King’s Disease. He was nominated for both the first and second King’s Disease albums in the Best Rap Album category.