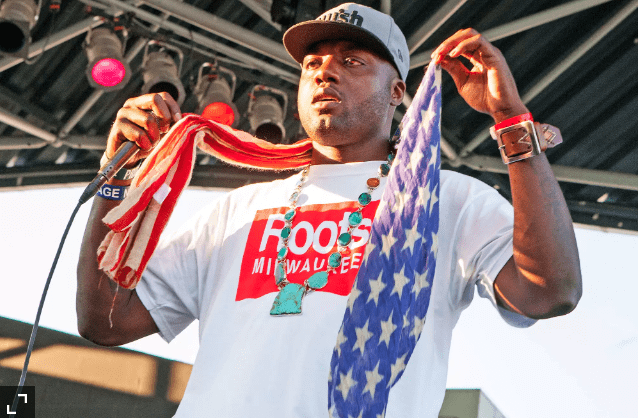 According to several confirmed reports, Nappy Roots member Fish Scales was kidnapped, robbed and shot outside of a restaurant he co-owns before he managed to escape.

On Wednesday night, Scales, whose real name is Melvin Adams Jr., was approached by armed gunmen and forced into his vehicle in the parking lot adjacent to his restaurant Atantucky Brewing, a Black-owned brewery/eatery owned by the Nappy Roots rapper in the Castleberry Hill section of Atlanta. The would-be robbers forced Adams into his vehicle and forced him to rive towards the Atlanta-Hartsfield Airport.

Adams was shot during the robbery attempt and was shot again before escaping.

“The first victim fled on foot,” Atlanta Police said. “The second victim, the business owner, was forced by the suspects to drive to his residence in Hapeville. Once in Hapeville the victim tried to flee and was shot by one of the suspects. The suspects fled. The victim went to a nearby house for help and the resident called police.”

According to the group’s official Instagram page, Adams is currently in stable condition and “in good spirits” while recovering from a non-life threatening leg injury.

Skinny Deville, the co-owner of Atlantucky Brewing and Nappy Roots member, updated the public with a statement, saying, “We would appreciate it if the public would allow us some privacy over the next week while we re-evaluate the situation, as this is an ongoing investigation. I assure you that we will share the outcomes as the police department allows. But know for now that Scales is safe and recovering.”