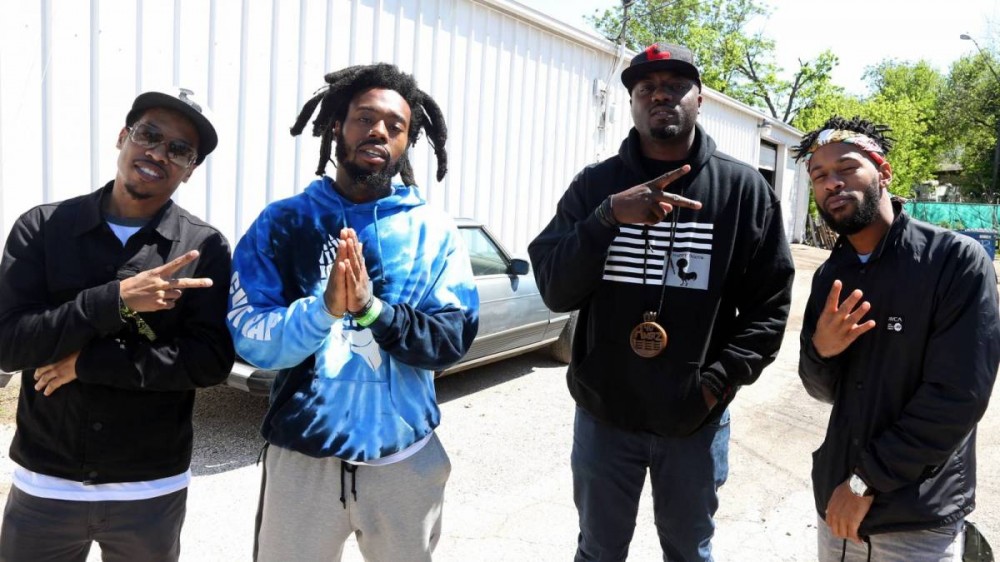 Recorded in Atlanta at Castle Hill Studios and produced by Juan Rubio, the single is the first release from the veteran Hip Hop group’s ninth full-length studio album, which is expected to arrive early 2023. “Random Thoughts” takes listeners on a personal and introspective look at life through the eyes of Nappy Roots while examining the state of current socio-political issues and its impact on each member of the group.

“This single is Nappy Roots being Nappy Roots — men expressing their deepest thoughts on laid back instrumentals,” Fish Scales tells HipHopDX. “We’re happy to be doing music exactly how we want without confirming and are proud of the full album that is dropping soon.”

“Random Thoughts” arrives roughly one month after Fish Scales was kidnapped, robbed and shot in Atlanta. The incident took place on August 17 at the group’s Atlantucky Brewing company in Castleberry Hills just as the brewery was closing.

Fish Scales was forced into his car at gunpoint and driven near the Hartsfield-Jackson Atlanta International Airport where he managed to escape, although he was shot in the leg as he fled. Officers eventually found his car on Oak Street in Hapeville as Fish Scales was taken to a local hospital where he was in stable condition.

Nappy Roots provided an update in a since-deleted Instagram post that read: “Last night our brother, Scales was a victim of an attempted robbery on the evening of August 17 in Atlanta after closing our brewery, Atlantucky. We are blessed to say that he is stable and in good spirits after suffering a leg injury.

“Luckily, none of our dedicated patrons of Atlantucky were at the scene or harmed during the robbery. We are so thankful our brother is safe and on the road to recovery. We would appreciate some privacy as we are trusting the Atlanta Police Dept in the ongoing investigation. Scales also mentioned he is looking forward to getting back to work both on music and brewery.”

The 911 call indicated Fish Scales’ friend Britt Robinson thought the crime was committed by someone they knew. They knew Scales’ address and forced him into a car to go to the home where they were hoping to find more money. At one point, a second suspect tasered him in the back of the head.

Police have yet to make any arrests. In the meantime, show some love to Nappy Roots and check out the new single above.