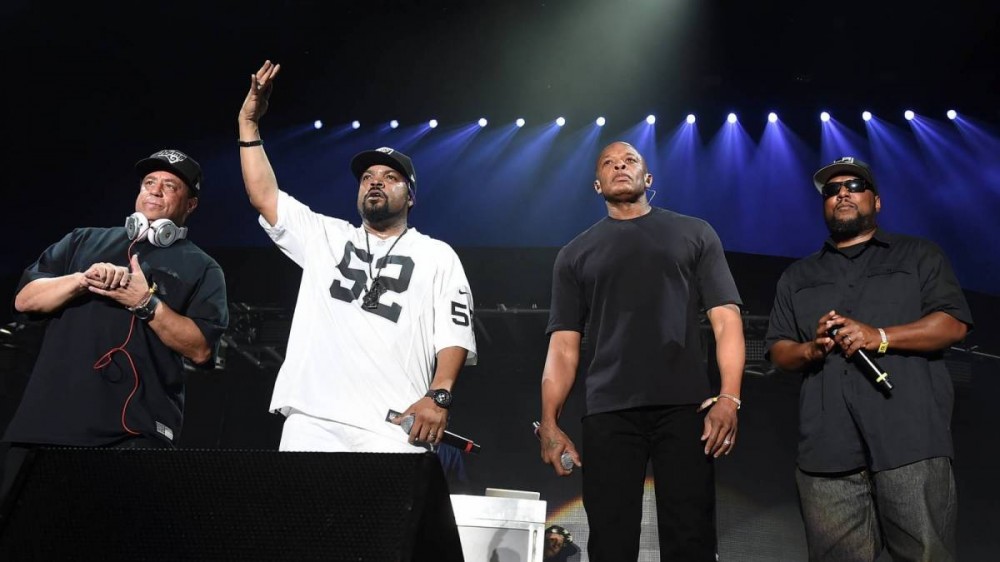 During an interview with HipHopDX, Yella opened up about the day Eazy-E died and being visited by his spirit later that evening, but he also touched on a significant chapter of his life that found him ditching the decks and getting behind a camera for 15 years.

According to Yella’s book, he directed and produced over 300 pornographic films, including H.W.A: Ho’s With Attitude, I Candy, West Side Stories and Str8 Outta Compton 1 and 2 — but he’s quick to point out it wasn’t because he was some sexual deviant.

“Women was my thing,” he says. “It wasn’t drugs, it wasn’t alcohol — it was women. I loved women. But this was all business. It wasn’t like I got excited. No, it was just business. It was nothing but that — just like music.”

But that’s not to say DJ Yella doesn’t feel shock, maybe even a tiny bit of shame, around his past: “I thought I was crazy with all these women.” In fact, he won’t even let his wife read the book.

“She can’t read the book,” he says with a laugh. “I already told her, she can’t read it. Nope. I ain’t going to incriminate myself.”

Those who will read the book will learn how much of a self-described “sinner” Yella was. Then in 2010, something changed.

“I’d never look to God,” he says. “I never thought about God. I didn’t know nothing about it, and he still came and got me when I was homeless in my darkest times at the bottom of my life ever and pulled me out.”

DJ Yella was homeless from 2010 to late 2012, which may come as a surprise to some people considering the success he found with N.W.A. But he admits his unbridled spending habits put him in a terrible financial predicament.

“You have a half a million dollars in your pocket and you buy whatever you see; whatever you smell, you buy,” he explains. “You just buy stuff — 50 cars, houses, yachts — because I never was in love with money. I didn’t care about money. I still don’t to this day. Money’s just a tool; that’s all it is.

“We need it to survive, pay bills and stuff like that. I didn’t disrespect money, but I just didn’t care about it. It came in and I spent it. I ended up homeless. Not on the street, but not having my own place, on my sister’s couch. Stuff like that. That’s homeless to me.”

In May 2012, DJ Yella says, “God came and got me. He still wanted me, even though I was at the bottom. The world and the devil didn’t even want me no more. When the devil’s done with you, you’re done.”

A friend of Yella’s was in the hospital for his third heart surgery and a pastor happened to walk in at the exact moment Yella was coming to visit — that’s when he realized his life’s purpose.

“He’s sitting there and I didn’t know him, but my buddy knew him,” he recalls. “He didn’t know nothing about me. He’d never seen me before or nothing, and he just looked at me and told me my whole life. I’m looking at my buddy like, ‘Did you tell him about me?’

“And then his last question was, ‘What are you going to do now?’ I’m about to answer, or at least try to answer, and he said, ‘No, I’m going to tell you what you going to do. God put you on time out, now he’s going to restore you.’ And I haven’t looked back since.”

“Ever since I got saved, I never looked back,” he adds. “I’m in church twice a week, everything. I’m a deacon now in the church, everything. I didn’t make the book for money. I made it to show how good God was. He even got me, this horrible, terrible sinner — he even got me. If he can get me, he can get anybody. I mean, I didn’t make it for the money. I never was a money person. Never was.”