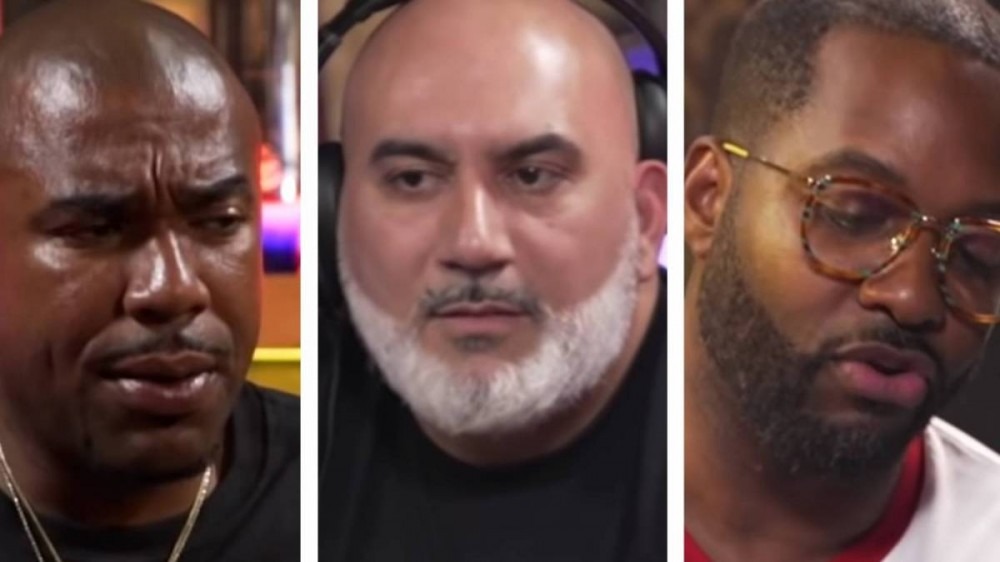 N.O.R.E. unleashed a swarm of Killa Beez when he referred to them as “flunkies” during a recent episode of Drink Champs. Longtime Wu-Tang Clan affiliate Shyheim slammed Noreaga for his comments via Instagram shortly after he caught wind of the clip.

Speaking to HipHopDX, Killarmy’s general 9th Prince also addressed Noreaga directly, saying, “None of Noreaga’s albums can compare to any of the Killarmy albums. Challenging any of my Wu-Tang Killa Beez brethren is like sliding down on a razor into a pool of alcohol.”

Wu-Syndicate member Myalansky added, “Never rattle the hornets nest. We coming and the sting can be severe.” Needless to say, tensions were mounting.

Now, the Drink Champs co-hosts have vowed to discuss Noreaga’s commentary. On Wednesday (August 25), a statement arrived on the series’ official Instagram account that suggested the media was to blame for the situation.

“Drink Champs gets together Friday at which point we will address the misunderstanding concerning the Wu affiliates,” it read. “We won’t let any media source, blogger or social media turn this into something it’s not! #drinkchamps #positiveenergy #wegiveflowers.”

9th Prince tells DX he’s open to whatever N.O.R.E. and DJ EFN has to say.

“Killarmy and the Wu-Tang Killa Beez are all wise and civilize,” he notes. “We are the most humble people you can meet, but we will not stand for any disrespect. You will be punished for going against the Gods. We are open for all apologies and will accept them humbly and respectfully.

“Sometimes you got to cut the head of a snake off, so that it doesn’t bite anyone Else. Wu-Tang Killa Beez for ever.”

“I got mad respect for all the wu affiliates including you which is why I even mentioned your name,” EFN wrote to Shyheim. “I know it came off foul by that word being used but y’all most definitely not flunkies. Much respect and hope to have y’all at the @drinkchamps table.”

Mickey Factz, who was a guest during the episode in question, offered a roughly five-minute Instagram apology for appearing to fan the flames and admitted the “optics” didn’t look good.

“I just want to give an apology to all of the Wu-Tang members and anyone who’s affiliated with them as well as their supporters and their fans,” he said in part. “That was definitely out of line, it was out of pocket and there’s really no excuse for that.”

In a follow-up post, Mickey Factz revealed he’d met with members of Killarmy and Sunz of Man via Zoom to squash the brewing beef.

“Had a conversation with some members of Killaarmy & Sunz of Man before my statement,” he wrote on Thursday (August 25). “As black men, I apologized, we put it behind us and then laughed it off. Handled everything behind the scenes before going public. This is behind me now and we back to providing quality lyricism and entertainment! Love.”