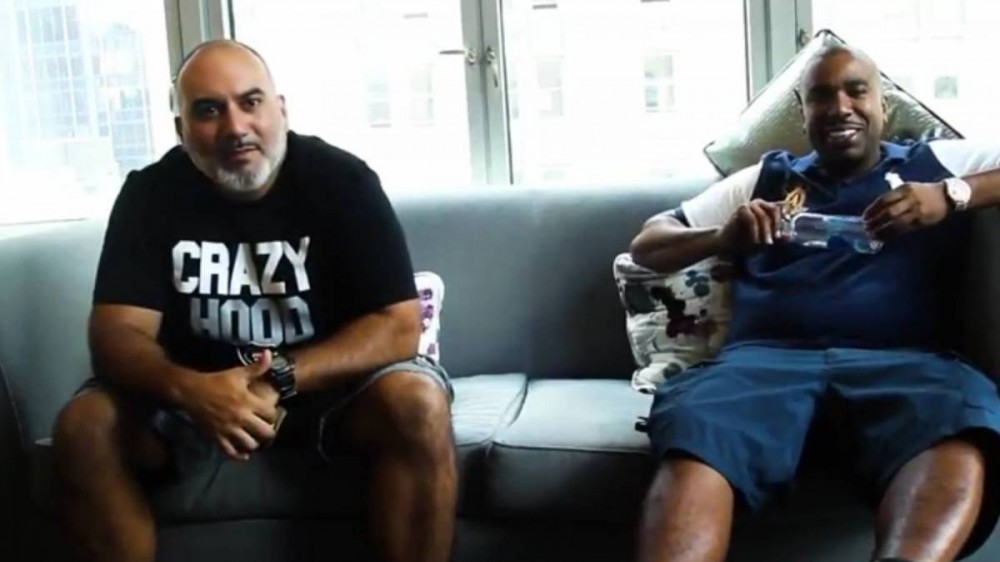 As Factz was recalling a story about Joe Budden once getting knocked out by someone in Raekwon’s entourage, Noreaga referred to Wu-Tang affiliates Sunz of Man as “flunkies” as Factz and EFN laughed along. Needless to say, the comment didn’t sit well with Shyheim and Killarmy — who were also mentioned by name — and Sunz of Man.

Killarmy general 9th Prince told HipHopDX at the time, “None of Noreaga’s albums can compare to any of the Killarmy albums. Challenging any of my Wu-Tang Killa Beez brethren is like sliding down on a razor into a pool of alcohol.”

“Every now and then, we might joke a little too much and might say something we wasn’t supposed to say, but our show is about giving flowers,” Noreaga begins. “And especially for people who came before as, while we was there and definitely after we was there. We’ve always been about that.”

Addressing the clip, EFN says, “As far as the word that was used, we take ownership. That should have never come out like that. That’s not what you meant.”

N.O.R.E. then talks about approaching Killah Priest and attempting to straighten things out prior to the on-air explanation.

EFN adds, “We’ve had some conversations behind the scenes. One thing gotta to be clear — there was no disrespect intended. We wasn’t trying to tarnish anyone’s legacy.”

Speaking to Killah Priest, N.O.R.E. said he wants to “right his wrongs” by doing the public video. Killah Priest then reminds N.O.R.E. they just lost two members of the Brooklyn Zu — 12 O’Clock and Murdock — and Noreaga sent his blessings.

“We fam forever,” he says. “We’ve always been fam. I’m not going to let 25 years go away because of one bad word that I used.”

Watch the full conversation above. The phone call starts around the 2:30-minute mark.