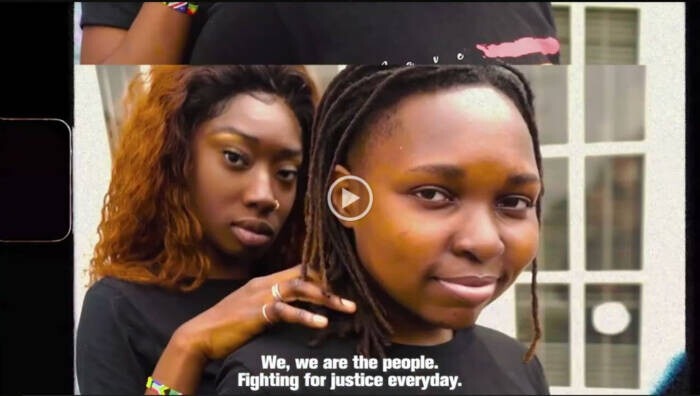 GRAMMY-nominated rapper, singer, and Bay Area legend Mystic (affectionately known as the DU Goddess of Digital Underground) recently celebrated the 20th anniversary of her critically acclaimed debut album Cuts for Luck and Scars for Freedom. Released worldwide for the first time ever on digital streaming platforms via Mystic’s own Beautifull Soundworks label last summer, the album’s reintroduction served as an effective boost to Mystic’s profile, segueing into her successful Indiegogo campaign that raised nearly $20K for visuals for her next project. Mystic is now set to release her long-awaited third album (and first full-length project in eight years) Dreaming in Cursive: The Girl Who Loved Sparklers on August 26, 2022.  As a result of the overwhelming support for her Indiegogo fundraiser, the album will be accompanied by a short film divided into three parts and entitled A Black Love Trilogy.

In October 2020, after a summer of racial justice uprisings and just before the 2020 election, Mystic released the forthcoming album’s lead single “We Are The People (All Around the Word),” a protest anthem parents can sing with their children. Today (6/29/2022), Mystic shares the song’s powerful lyric video, directed by Aly Honoré and made possible by Revolve Impact‘s #SchoolsNotPrisons.

Watch the “We Are The People (All Around The World)” lyric video on YouTube here.

Produced entirely by Walt Liquor and Mystic, Dreaming in Cursive: The Girl Who Loved Sparklers will serve as Mystic’s first full-length album since 2014’s Beautiful Resistance. The new album announcement and lyric video arrive on the heels of Mystic’s election as Chapter Governor for the Recording Academy San Francisco Chapter. Her work was also recently used for the official announcement of Oakland Soul, the new professional women’s soccer team of the Oakland Roots Sports Club.

Pre-order/save Dreaming in Cursive: The Girl Who Loved Sparklers here and here.