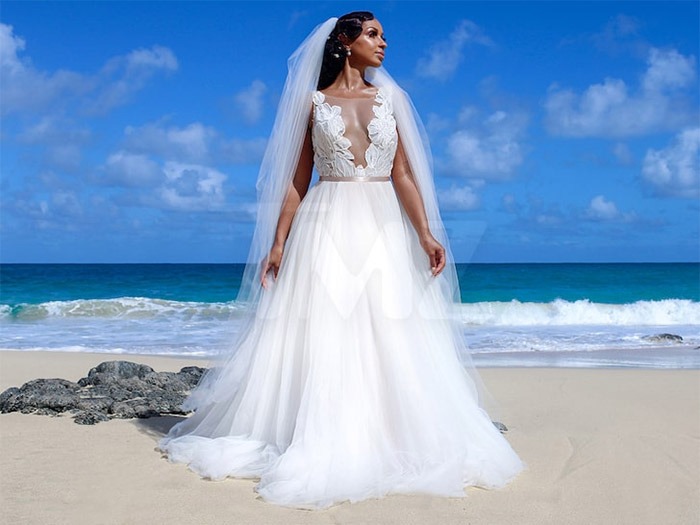 Mya is a married woman.

The R&B songstress got secretly married last year. Sources close to Mya tell TMZ that the singer tied the knot in December during an intimate beach ceremony in the Seychelles islands off the African coast.

TMZ has obtained photos of the bride, who looks stunning in her white gown and veil as she poses on the sandy shores.

It’s unclear who the lucky groom is. Mya hasn’t publicly dated anyone in years. This is the first marriage for the 40-year-old singer.

Meanwhile, Mya continues to tour and release music. Her last full-length album, T.K.O. (The Knock Out), was released in April 2018. She also starred alongside Lil’ Kim and TLC’s Chilli on VH1’s “Girls Cruise” last year.