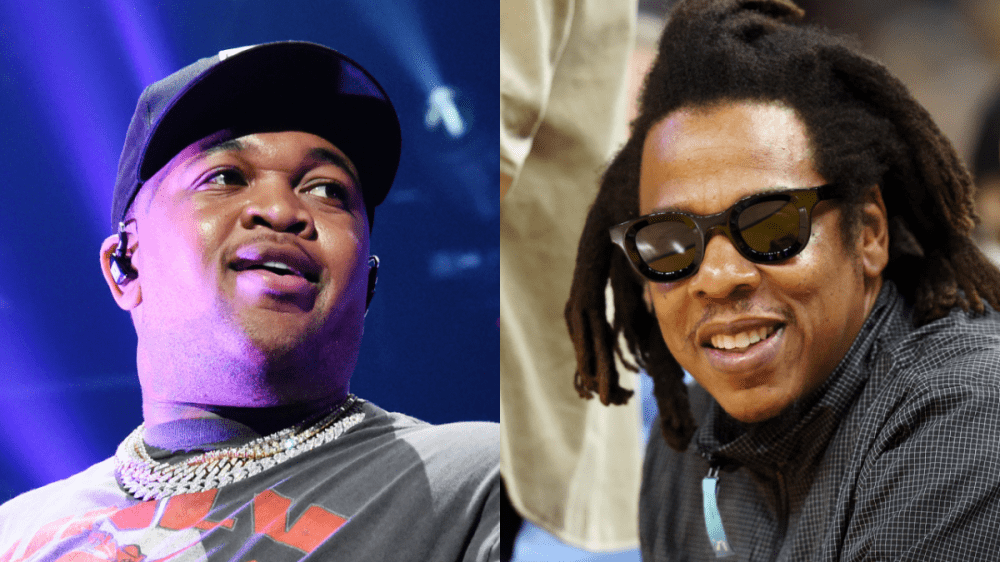 Mustard received birthday wishes from JAY-Z as he rang in year 32 on Sunday (June 5).

Celebrating his milestone on Instagram, the West Coast producer shared a screenshot of him on FaceTime with Hov, Roc Nation vice president Jay Brown and Jigga’s close friend Emory “Vegas” Jones while enjoying a well-earned break by the pool.

Peers and collaborators including 2 Chainz, Moneybagg Yo, Fabolous, Don Toliver and Mozzy were among those who also wished Mustard a happy birthday in his comments section.

Thankfully, it doesn’t appear as though Mustard left JAY-Z hanging this time. During a 2014 appearance on Big Boy’s Neighborhood, the 10 Summers boss recalled accidentally hanging up on Hov while being courted for his Roc Nation label.

In his birthday Instagram post, Mustard also gave an update on his new album while reflecting on his latest trip around the sun.

“Today was the day I was supposed announce my new album,” he wrote. “I know you all have been waiting in anticipation and I had every intention of releasing the album title, but it’s simply not ready. So instead of forcing the issue to meet a deadline I decided that you all deserved the best possible product from me and to give you that I have to take my time.

“Yall know that I usually do some extravagant stuff on my birthday but with everything going on this year I felt it would be more rewarding instead to spend time in the studio working on my album. I’ve been pouring all of my energy into my self and music and it feels great. My goal is to be the best version of myself and to give you all a complete body of work I am proud of… and it’s close.”

He continued, “All in all I’m blessed , I’m alive and well and I’m excited to see what magic age 32 has in store for me. Much love, light and respect to everyone that reached out. Peace. BTW THOUGHT I WASNT GONE PUT SOME SHIT ON … THINK AGAIN.”

Mustard’s upcoming project will serve as the follow-up to 2019’s Perfect Ten, which boasted hit collaborations with Roddy Ricch (“Ballin”) and Migos (“Pure Water”), as well as further appearances from the likes of YG, Nipsey Hussle and Future. The album debuted at No. 8 on the Billboard 200 and has since been certified platinum.

Since then, the Los Angeles native has kept busy with production credits on Kendrick Lamar’s Mr. Morale & The Big Steppers, Vince Staples’ Ramona Park Broke My Heart and Pop Smoke’s Shoot for the Stars, Aim for the Moon, among other high-profile Hip Hop and R&B projects.

Away from music, Mustard filed for divorce after less than two years of marriage with his longtime partner Chanel Thierry in May, citing “irreconcilable differences.” The former couple share three children together aged between two and 10, with the producer seeking joint custody.