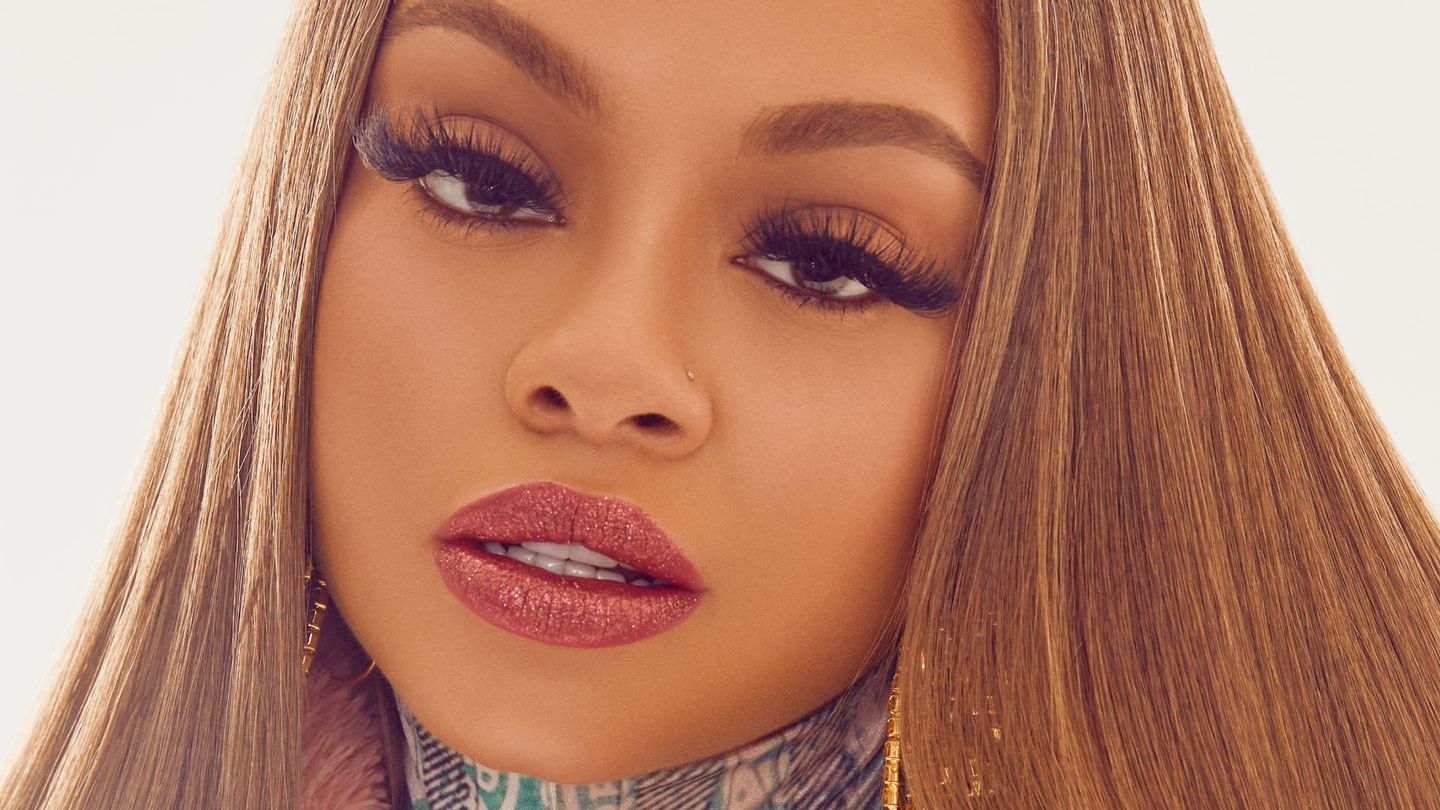 To say Mulatto had a good year would be one of the biggest understatements in the music industry. Despite a pandemic, unprecedented political unease, and racial unrest for the Black community at the height of the Black Lives Matter movement, the Georgia-bred rapper used quarantine and stay-at-home orders to grind and make 2020 her bitch. She appeared in Megan Thee Stallion and Cardi B’s internet-breaking “WAP” music video and collaborated with fellow Georgian 2 Chainz for the song on everyone’s lockdown playlist, “Quarantine Thick.” When she finally released her debut studio album, Queen of Da Souf, in August, under her new home at RCA Records, Mulatto had become more than a buzzing name, even at the young age of 21.

The accolades are impressive: After she teamed up with City Girls for the playful “In N Out,” the video racked up nearly 7 million views on YouTube, earning her a co-sign from one of her biggest inspirations, Nicki Minaj. Queen of Da Souf also features fellow Atlanta staples 21 Savage and Gucci Mane, as well as her early 2019 breakout single, “Bitch from Da Souf,” alongside Saweetie and Trina. And in August, she earned a spot in XXL’s 2020 Freshman Class.

“I’m gonna have to pop my shit on this one,” she tells MTV News about the album’s success. “I put a lot of work into finding my sound, trying creative ways to come up with the sound, flying [to] different places for different sceneries, working with different people. I just put myself in so many different environments to build this project. Especially during the pandemic, I definitely was expecting it to do exactly what it did. It had better did what it did!”

At the end of her banner year, MTV News caught up with Mulatto to chat about her path to being a Gold-record rapper, the importance of female collaboration in the rap community, and what fans can expect next, including from her debut’s new deluxe edition (“I will say that the culture is gonna love this feature.”).

MTV News: You’re always putting ClayCo on the map. How did your upbringing in Georgia’s Clayton County develop you as an artist?

Mulatto: I credit where I’m from so much for my outlook on life, my personality, the rawness and the countryness about me. All these quirky things are because of where I’m from. I wouldn’t have had the same opportunities that I had if I would’ve grown up anywhere else. I was doing fall festivals and writing competitions and performing at pep rallies at Clayton County schools, and there was a TV show with the superintendent of the county and I made the theme song. Everything in the beginning and everything about my career was so centered around where I was from.

MTV News: When you were first introduced nationally, you were really young. How did ageism play a role in your career and journey through the industry? Did people ever underestimate you?

Mulatto: By being a female, I was already underestimated. I’m still young now but literally as a child I was underestimated. I just feel like I had all odds against me, but I wouldn’t have had it any other way. That’s where my drive and my competitiveness stems from — just always having to prove myself in the beginning. I was overlooked and [they’d say], “Oh, she’s just a baby.” I remember specifically when this one person said, “Once she gets her braces off…,” but what do braces have to do with my career? Being constantly underestimated gave me the fire in me.

MTV News: If you could give little Latto a piece of advice about the industry, what would you tell her? What do you think little Latto would tell you about where you are now?

Mulatto: As a kid, you think, “I’m gonna shoot a music video, get my hair done and I’m just gonna be a celebrity overnight.” I would’ve sat down and told myself it’s gonna be a long time of grinding, hustling, blood, sweat, and tears but it’s gonna be all worth it in the end. Little Latto would tell me now how proud she is because I’m doing all of these things that little Latto dreamed of. Big Latto sometimes gets consumed in everything to the point where I don’t even realize I’ve been dreaming of doing the things that I’m doing now. Little Latto could give Big Latto some advice and tell me to celebrate sometimes because I’ll overwork myself.

MTV News: How has Queen of Da Souf served as a reflection of your growth as an artist throughout the years?

Mulatto: It’s my growth in a project just showing I’m here to stay, this is my lane, I’m that bitch from the South, and all these Southern attachments to Mulatto’s aesthetic. It’s like Mulatto’s the tree and the branches are the songs. I know who I wanna be and how I want to be perceived as an artist. Rapping at 10 years old, you’re just rapping and you don’t know where that’s going yet, but the older I was getting, and now at 21, I found myself, I found my sound, and that’s what Queen of Da Souf was.

Mulatto: For me, it’s everything. For the industry, it’s everything. For the fans, the blogs, the culture, it’s everything. It’s setting the new tone for female rappers. We’re gonna be pitted against each other forever — it is what it is and it’s the nature of hip-hop — but when we make it more inviting amongst each other, it sets a different tone. Historically, it’s always been just one at the top and if a new girl comes up, they’re gonna have to beef and fight for that spot. Now, we all follow each other on Instagram, comment on each other’s pictures, collaborating on songs and music videos. In real life, I’m not a catty, jealous woman, so in the industry I’m not gonna be that. I’m a real-life fan of the girls who came before me, who’s coming up and at the same level as me. I’m here for it.

MTV News: What are some things you’ve learned about yourself in 2020, especially during the pandemic?

Mulatto: I’ve learned to be more patient. At times, I will rush into a project or rush into anything in life, but the pandemic taught me to take it slow, regroup, reinvent, and get more creative. It also taught me that I’m very controlling and everything has to be my way or the highway. This hit us out of nowhere. I announced that I signed in March and the pandemic hit seriously in April. It completely altered every rollout plan, every idea I had, and it taught me that everything’s not always going to go your way. You have to be flexible, go with the flow sometimes, and get creative with things that’s thrown at you.

MTV News: What’re your plans for Big Latto’s domination in 2021?