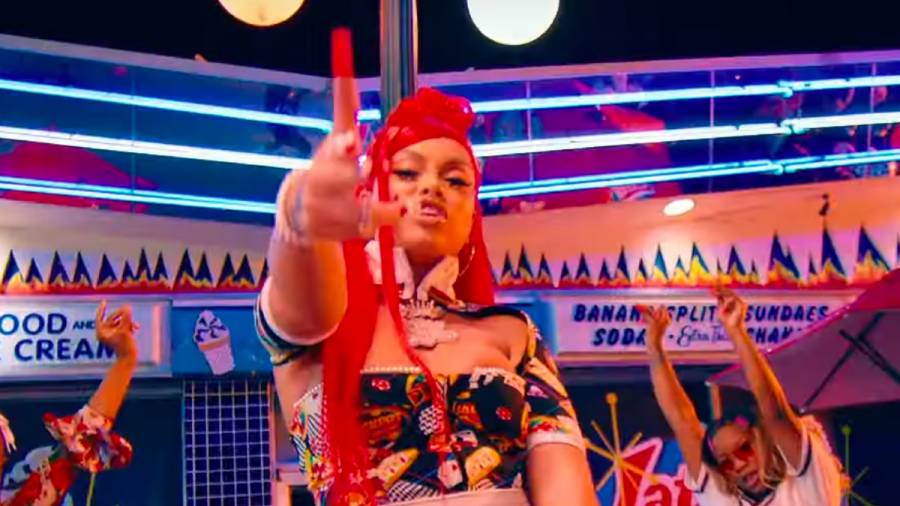 Mulatto and the City Girls hit up Big Latto’s Diner for the colorful video to “In N Out.”

Directed by the talented Reel Goats team behind DaBaby and Stunna4Vegas’ videos, among others, the trio head for a retro night out complete with roller-skating carhops. The track stands as the fourth single from Mulatto’s debut album Queen of da Souf.

Released in August, the 13-track effort contains Latto’s popular single “B*tch from da Souf” remix with Saweetie and Trina as well as her Gucci Mane collab, “MuWop.” Along with City Girls, other appearances include 21 Savage and 42 Dugg.

Talking to Live Nation earlier this month, Mulatto detailed the love she got for the album from both Lil Wayne and Cardi B that really assured her she was on the right path.

Watch the video for “In N Out” up top and revisit Queen of da Souf below.