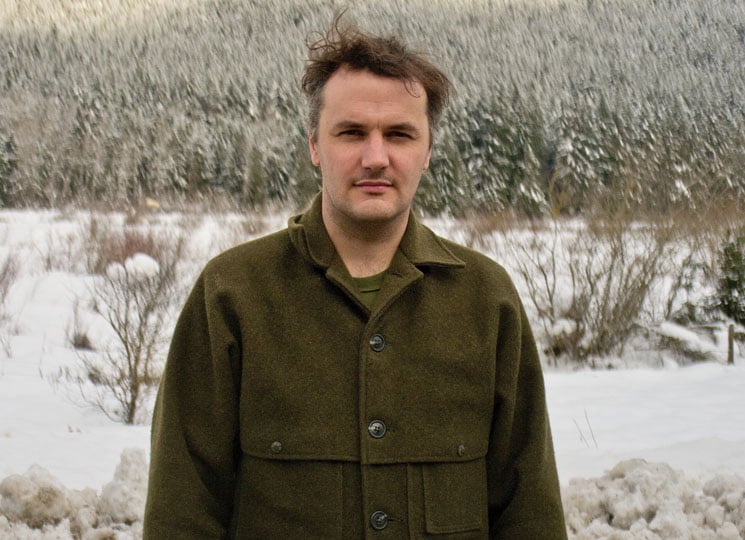 The Mount Eerie songwriter is speaking about Now Only, his second heartbreaking album since the death his wife Geneviève in 2016. Specifically, he’s discussing how the album was influenced by an experience when he visited a psychic who transformed the way he thinks about — and sings about — death.

“It was really an incredible, powerful experience,” reflects Elverum. “Spooky, too. There were a lot details that felt like, ‘Whoa, there’s no way she could have known that and that and that.’ It just felt real.”

At the time the séance, Elverum was touring behind 2017’s harrowing A Crow Looked at Me, an album that confronts death with unflinching bluntness. With lyrics like, “Death is real / Someone’s there and then they’re not,” it’s an entirely non-spiritual way to look at death. The psychic, however, removed some his certainty about its finality.

“This medium, this psychic was saying, ‘Geneviève is kind annoyed at you saying that she died all the time, because she didn’t. She’s still very present,'” Elverum remembers. He begins laughing and continues, “I sort got reprimanded from beyond the grave for insisting so strongly, and with such concrete, stubborn language, over and over every night to different audiences. I was like, ‘Oh man, that makes sense. If I was a ghost, then I would be annoyed.’

“That’s also very much Geneviève’s personality, to sort be prickly and scold me about something like that,” he adds.

Elverum’s new perspective can be heard on Now Only‘s six sprawling songs, all which feature lengthy lyric sheets and words that tumble forth with little regard for cadence or even melody. With stripped-down arrangements that highlight hypnotic folk strums and make occasional forays into fuzz-rock, the raw production places Elverum’s fragile voice front and centre.

Unlike A Crow Looked at Me, which documented the day-to-day struggles someone reeling with grief, Now Only takes a wide-scope look at death. Along the way, Elverum reflects on happy memories his relationship with Geneviève (the love song “Tintin in Tibet”), marvels at the absurdity playing his “death songs” for audiences revellers (“Now Only”), and imagines possible scenarios for his own death (“Two Paintings by Nikolai Astrup”).

The stunning “Distortion” is particularly nuanced. Beginning with the admission, “But I don’t believe in ghosts or anything,” the 11-minute epic grapples with the many ways our lives resonate after our deaths: how Geneviève’s afterlife takes place within his own memories, how artists are remembered for their work, and how our future ancestors will be left with distorted memories those that came before them.

“That’s kind what the album is about,” Elverum says. “The ambiguity singing to Geneviève, but she doesn’t exist, so what is this non-existent middle thing? This non-presence. I don’t believe in an afterlife or ghosts, but yet I’m compelled to communicate with this absent person.”

Although every song on Now Only deals overtly with Geneviève, she isn’t the central character on the album — rather, Elverum himself is the focus, and it’s his own complex perspective on death that makes it riveting.

“After I made A Crow Looked at Me, I remember people saying things to me like, ‘You’ve made a beautiful tribute to Geneviève,'” Elverum asserts. “And I felt like, no! No no no, I haven’t. I made a tribute to my own destruction and desolation. This is not a portrait her. That’s not who she was. She wasn’t just a person who died. There are a few blips in Now Only, but I do feel motivated to tell her story.”

Stammering slightly, he finishes, “I still haven’t made a beautiful tribute to her, but I’m going to.”

Now Only is out now on P.W. Elverum and Sun.