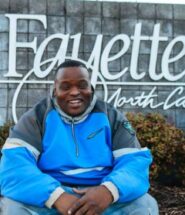 The North Carolina rhymer’s breakout hit “Quicksand” debuted at No. 100 on the chart dated Tuesday (February 16).

Since its release in October, the “Quicksand” video has garnered over 25 million streams on YouTube and has earned him co-signs from the likes of DaBaby, JAY-Z and his fellow Fayetteville native J. Cole. The track landed among names like Pop Smoke, Nas, Drake and more on Hov’s ‘2020 Vision’ TIDAL playlist in December, while DaBaby would often play the song on his Instagram Lives and Cole left love on Instagram.

Both a rapper and a singer, Morray’s harmonic delivery and his ability to share his pain through his music have him on DX’s radar for 2021. And he has a vision for what he wants to accomplish.

“I want to be that light in the ghetto,” he told Billboard in a recent interview. “I wanna be the person that makes you smile and shows you the hood ain’t all bad. I appreciate where I came from and I know that the ghetto can bring positive and negative memories but there’s always great cookouts, we play basketball, double dutch, and laugh. We do so much in the hood that’s positive and doesn’t get shown. I smile a lot and I want to get that message across. That’s my music: be happy and love yourself.”

Check out the “Quicksand” video up top.