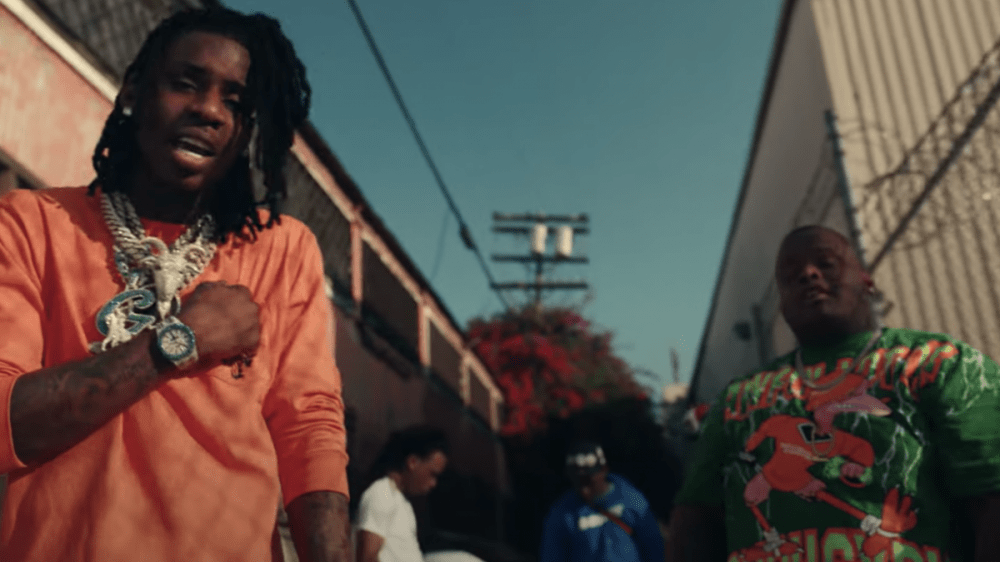 With a Billboard Hot 100 debut of No. 65 (“Quicksand”) and Billboard 200 Album Chart peak of No. 41 (Street Sermons), 2021 HipHopDX Rising Star Morray is going the distance in convincing fans his talent is worth revering and watching grow.

That goes double for his peers, with the likes of JAY-Z, J. Cole and Polo G also offering their praise along the ascension. The latter rap star extraordinaire recently hopped on the remix to “Trenches,” a standout track from the aforementioned Street Sermons project.

On Friday (July 30), the Fayetteville native unleashed the Justice Silvera-directed visual which showcases him and Polo G repping the trap and a chop shop seamlessly. The video’s storyline chronicles the everyday struggle for many Americans looking to put a troubled past behind them.

YouTube has been a winning platform for Morray. His breakout hit “Quicksand” recently breached the 100 million-view mark to match its gold plaque from the Recording Industry Association of America.

Polo G has also been in his guest appearance bag since his third studio album, Hall Of Fame, and its lead single “Rap Star” shot to the top of the aforementioned charts. He’s recently released records with The Kid LAROI, Migos, G Herbo and Morray’s fellow HipHopDX Rising Star, Sheff G, in the past couple of months.

Morray has been shaping his legacy with the rest of HipHopDX Rising Star peers this year. Check out more information on them here.