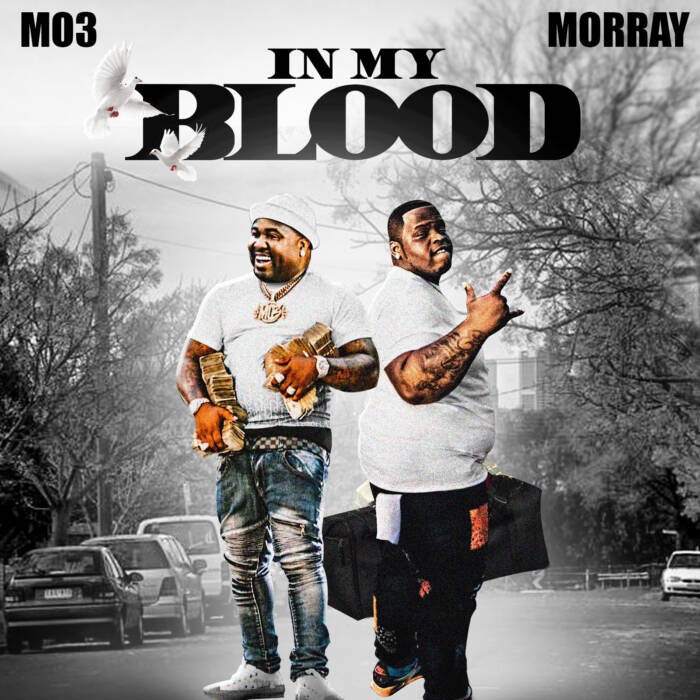 In the video, directed by Prophecy Films, Morray takes his whip down to Mo3’s neighborhood in Dallas, Texas, linking up with Mo’s homies and posting up in front of the mural painted to honor his legacy. The clip combines new footage of Morray with archival footage of Mo3 (with a cameo from Boosie Badazz). Throughout the video, Morray’s passion for Mo3’s music is evident–he enthusiastically mouths along with Mo’s verses and, at the end, leads the cast and crew of the video in a stirring rendition of Mo’s Sam Cooke-sampling “Long Time Coming.”

“It’s amazing to do a song with someone you’ve idolized,” Morray said, “someone you believe is one of the best to do it. I’m beyond grateful for the opportunity.”

“In My Blood” is the latest video from Mo3’s upcoming Shottaz 4Eva (Deluxe), an expanded version of his posthumous album. Shottaz 4Eva is a full showcase of the singing, songwriting, and rapping ability that helped Mo3 establish himself as a vital street rap voice in Texas and beyond. The upcoming Deluxe edition of the album is home to recent single “Get Back” and the buzzing single “Outside” ft. OG Bobby Billions, a successful single that doubles as a heartfelt examination of life on the street. With over NUMBER combined streams, “Outside” has been making a major impact on the charts, placing at #1 on Audiomack’s Top Songs chart, #95 on the Billboard Hot 100, and #8 on YouTube’s U.S. Top Music Videos chart. Featuring appearances from Kevin Gates, Boosie Badazz, Foogiano, YFN Lucci, and a new feature from Derez De’Shon, Shottaz 4Eva (Deluxe) releases everywhere on August 27th via H$M Music/EMPIRE.

Though Mo3 is no longer with us, his legacy lives on in everybody who’s been moved by his music. The late artist’s family and team will continue to release music that he was able to record before his untimely passing. For now, honor the legacy of Mo3 by streaming Shottaz 4Eva–instead of dwelling on his loss, appreciate all he was able to give during his too brief lifetime.