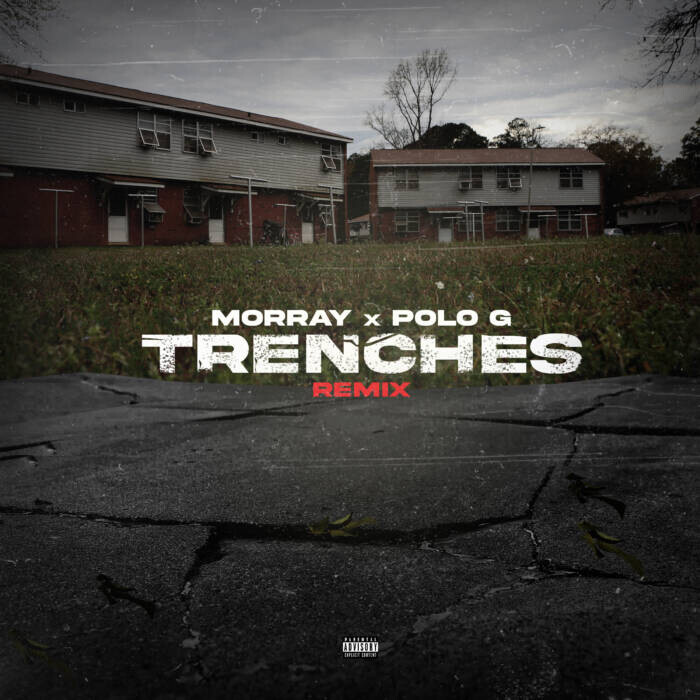 Directed by Justice Silvera, the video follows the story of a man who works hard every day to put food on his family’s plates, resisting the clarion call of street life so he can be present for his wife and young daughter. Morray and Polo G provide the perspective of those who’ve escaped their past hardship, but their lyrics prove that men like the video’s protagonist deserve just as much respect as any rap star. “Trenches” (Remix) is the latest in a long line of quality videos from Morray, most recently the video for  “Mistakes,” a highlight from his debut album Street Sermons.

Debuting at  #41 on the Billboard 200 and propelling Morray to #1 on Billboard’s Emerging Artists chart, Street Sermons taps into the spiritual uplift and church-trained singing that makes Morray’s brand of hip-hop so unique, taking unflinching looks at the Fayetteville native’s youthful struggles and indiscretions and examining his motivations to succeed. Home to his breakout single “Quicksand,” which recently earned a GOLD certification from the RIAA and surpassed the 100 million view milestone on YouTube, the project contains universal truths about the tragedies and triumphs of growing up in the hood, filtered through Morray’s experience as a neighborhood kid made good. Complex ranked Street Sermons at #10 on their list of Best Albums of 2021 So Far.

Earlier this summer, Morray earned a position on the coveted XXL Freshman list for 2021. The honor is the latest in a long line of accolades, including one to watch” designations from Complex, Billboard, SPIN, Pigeons & Planes, and many more. An engaging live performer, as evidenced by his recent appearance on JImmy Kimmel Live, Morray was highlighted by Rolling Stone as the “Best Debut” performer at last weekend’s Rolling Loud Festival in Miami.

With Street Sermons and his newfound position as a XXL Freshman, Morray culminates his meteoric rise and proves that he’s ready to build an artistic legacy and a nest egg for his wife and kids. For an artist with Morray’s talent, the sky is the limit.