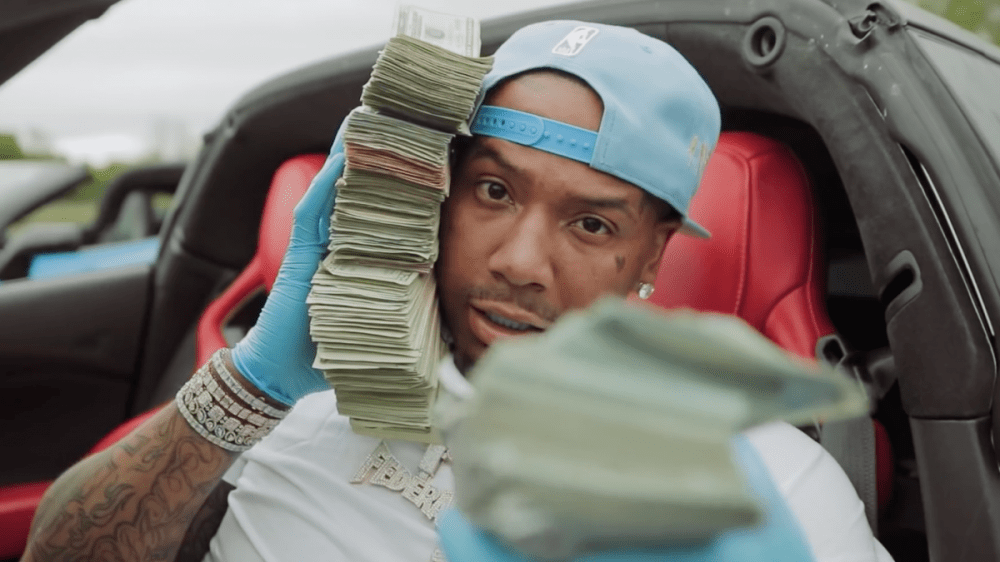 Moneybagg Yo is setting a high booking fee and has every right to do so with the amount of success coming his way in 2021.

Speaking to TMZ at Los Angeles International Airport, the Memphis rapper revealed he’s now charging a whopping $200,000 per show following the release of his new album A Gangsta’s Pain on Friday (April 23). What’s even crazier, he says his show rate was just $2,500 a year ago and believes he can get that figure up to around $500,000 at its peak.

Between spending and saving his money, Moneybagg Yo has dreams of buying a complex with multiple buildings in the future.

A Gangsta’s Pain has appearances from Future, Lil Durk, Polo G, Pharrell, Jhené Aiko, Kaash Paige and more, and includes his Hot 100 singles “Time Today” and “Hard for the Next.” According to DJ Akademiks, the project is expected to sell between 110,000 and 120,000 album-equivalent units in its first week, which could earn him the No. 1 spot on the Billboard 200 chart.

During a recent interview with Billboard, Moneybagg talked about working with Pharrell and how much he wanted to appear on the album.

“It was something I couldn’t even plan, it just happened,” he explained. “[Pharrell] hit my people out of the blue as I’m wrapping up the album. He hit my people like, ‘How is Moneybagg about to wrap up the album without Pharrell?’ So he flew me down to the Hit Factory in Miami for two days, we knocked out tracks, and I used both of them. He produced ‘Projects’ on there, too. He produced that and is actually featured on ‘Certified Neptunes.’”

Giving advice to anyone going through gangster pain, he said, “Just don’t let anyone judge you. Move at your own pace. Do things the way you want, and if people don’t get it immediately, then make them understand. I’m a prime example, I had to force my music on people for me to get to this point. I came up with my own little strategies, but I did it.”

Stream A Gangsta’s Pain below.