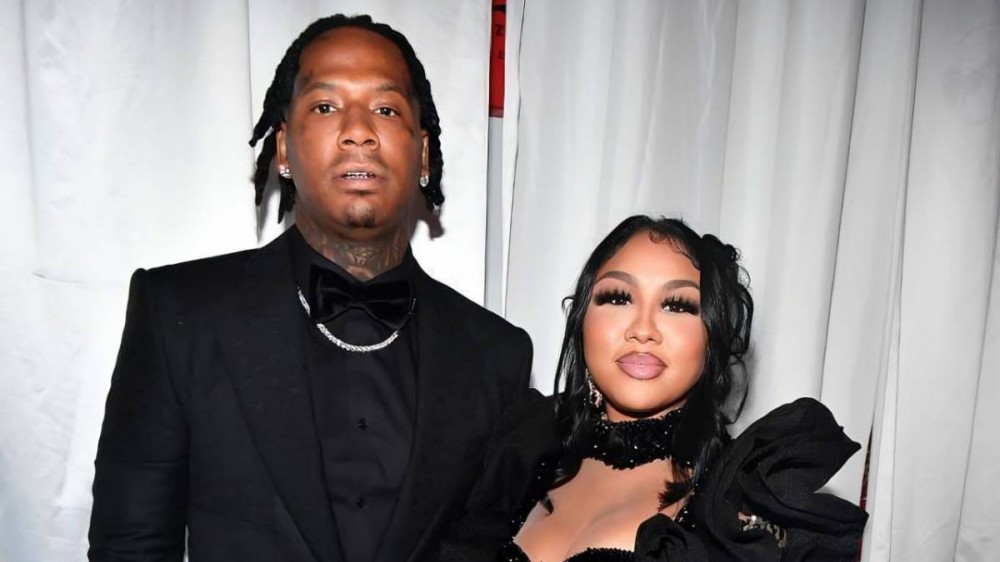 Moneybagg Yo has left fans wondering if his alleged ex-girlfriend Ari Fletcher is expecting after sharing a photo of a pregnant belly on Twitter.

Posted on Monday (September 12), the photo shows a close-up of a woman holding her baby bump. The rumor mill quickly began speculating the woman is Fletcher after eagle-eyed fans noticed the ring on her hand looks strikingly similar to the 22-carat diamond ring Moneybagg gifted Fletcher earlier this year.

The Memphis rapper, who is already a father to eight children — four sons and four daughters – has yet to confirm the identity of the pregnant women. He later deleted the photo.

The post comes just weeks after rumors suggested Moneybagg Yo and Ari Fletcher had called it quits. The social media influencer sparked the speculation last month by revealing she was newly single on Twitter.

“Happy, paid and single! Ready for everything new!” she wrote.

Happy, paid and single! Ready for everything new! 💫

The couple previously sparked breakup rumors in March when they unfollowed each other on social media. Then in July, Fletcher called out an unnamed individual on Twitter for putting “hands” on her, with people believing she was talking about the “Wokesha” rapper.

Despite the apparent drama, Moneybagg Yo and Ari Fletcher’s relationship also had its fair share of highs since they started dating in 2020. Last September, Fletcher gifted Big Speaker almost 30 acres of land for his 30th birthday, securing him a “lifetime” worth of income to pass on to future generations.

Moneybagg showed his generous side the year before when he bought Fletcher a 2019 Lamborghini Urus for her 25th birthday. However, it turned out the luxury ride was leased and was repossessed last month due to an outstanding balance of $159,087.