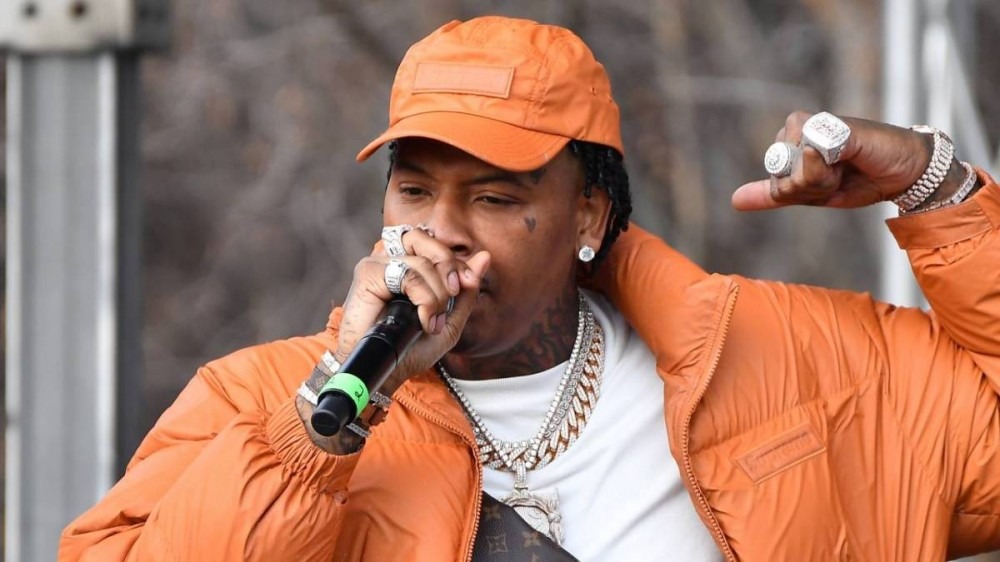 Moneybagg Yo has revealed the tracklist for his new album A Gangsta’s Pain, which is set to arrive on Friday (April 23) via Interscope Records.

The upcoming project will include 22 tracks with guest appearances from Future, Lil Durk, Polo G, Pharrell, Jhené Aiko, Kaash Paige, BIG30 and Tripstar. The tracklist includes “Time Today,” which peaked at No. 37 on the Billboard Hot 100, along with “Hard for the Next” a little further down the chart at No. 49.

“Let Me Hear U Ready For Tomorrow Night!! #AGangstasPain 4/23,” he wrote to Instagram on Wednesday (April 21).

Moneybagg Yo recently revealed he thought Future was trying to hide “Hard for the Next” from him during their studio session together.

“He was just going through the songs and he skipped over this song one time and I was like, ‘Go back to that one,’” he said. “So he went to another song and I was like, ‘You trying to hide the good songs from me.’ I said, ‘Go back to that one.’ He like, ‘Which one? Nah bro, ain’t nothing like that. Just whatever you wanna do homie, whatever you wanna do.’ So I said go back to that ‘Patek.’ I think it was named ‘Patek’ at the time in his system.”

During a 2020 interview with HipHopDX, Moneybagg Yo explained how he’s able to stay fresh while releasing so much music.

“I stay fresh by putting myself in different elements and environments,” he said. “It all depends on what approach I’m trying to go with on that album. With Time Served, I was stationed in Atlanta and Memphis. A lot of the time when I want to get gutter, the type of songs that I make, I go back and go to Atlanta or Memphis and go sit around, go to the hood, chill, vibe or go to my favorite spot to eat where I’m from. If I’m trying to go to a whole other space I’ll go to Miami or L.A. for those vibes. That’s how I do it.”