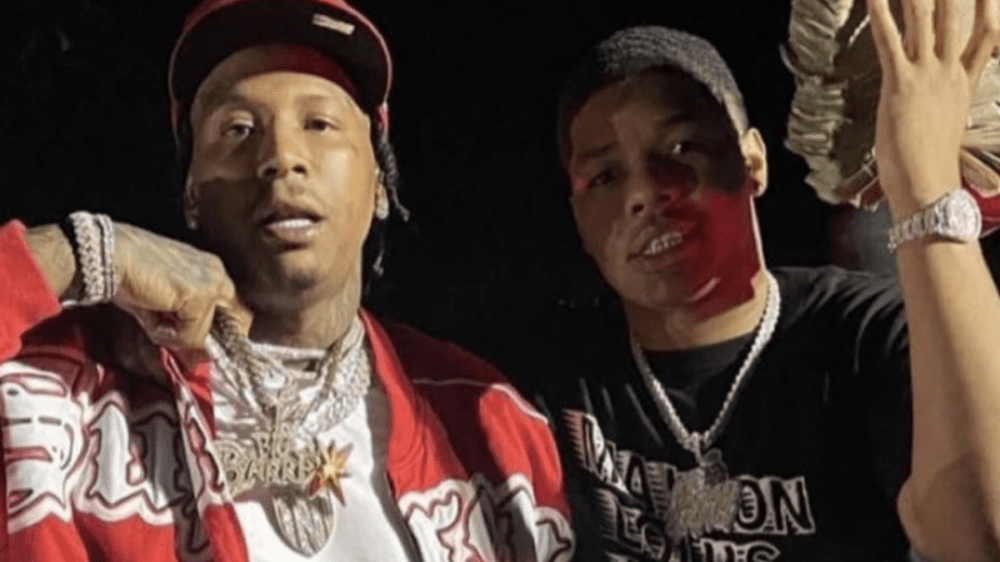 Memphis, TN – Memphis Hip Hop has suffered another loss on the heels of Young Dolph. Moneybagg Yo is mourning the death of his Bread Gang Records signee Nuskie, who was reportedly shot and killed in his hometown of Memphis on Friday night (January 28).

According to WREG, the 26-year-old was gunned down in Whitehaven on Friday and there are currently no suspects at this time. Nuskie was pronounced dead by authorities at the scene of the shooting.

Moneybagg Yo changed his social media profile pictures to a photo of Nuskie and tweeted out a series of broken heart emojis after hearing the tragic news.

“I got your bacc forever,” Bag added with an Instagram Story featuring a picture of him and Nuskie flexing stacks of cash and their icy chains.

Other artists such as Paper Route Empire’s Key Glock, Big30, Pooh Shiesty and Blacc Zacc also offered up their condolences.

Big30 is actually Nuskie’s cousin and he paid tribute to the late rapper with a grief-stricken Instagram post.

“My heart my cousin my everything all I kno since kindergarten my go to man my role model everything gone shit killing me this was my worst nightmare,” he wrote.

342 people were reportedly killed as a result of gun violence in 2021 across Memphis, which includes Young Dolph, who was murdered at Makeda’s Cookies on November 17. Three men are in custody for the Paper Route Empire CEO’s death.