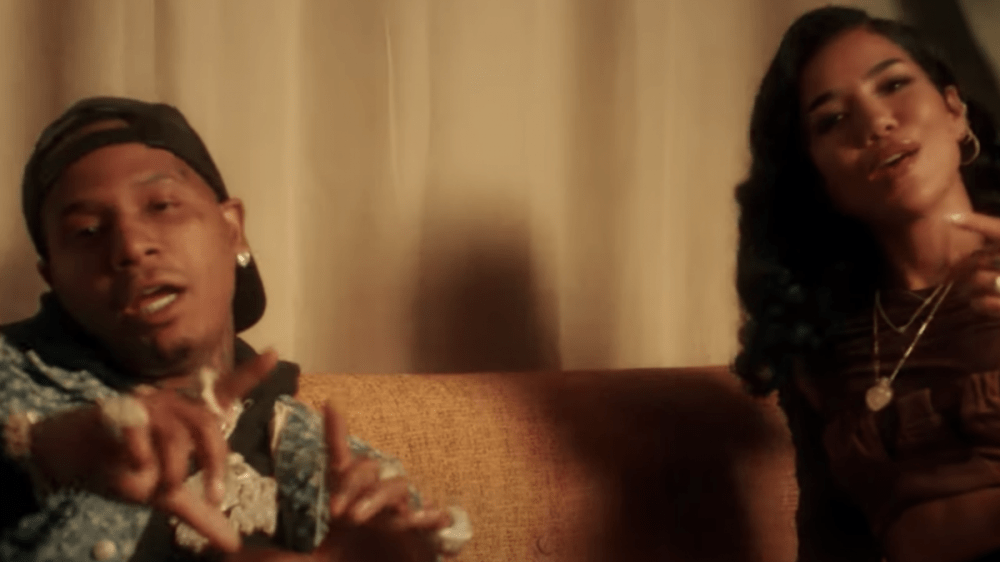 Moneybagg Yo just keeps on winning in 2021. Keeping the momentum going from his gold-certified A Gangsta’s Pain album, Big Bag returned on Wednesday (October 13) to unleash his “One Of Dem Nights” video featuring a guest appearance from Jhené Aiko.

Aiko kicks off the clip as a majestic fairy and seemingly uses her magic powers to miniaturize herself. She begins her intoxicating croon on the bed and then flies around to post up on the bathroom sink and stovetop in a corset top.

The Memphis rapper slows down the tempo to tap into his softer side as he visualizes raunchy experiences with his wifey as cuffing season approaches. The suburban home used in the clip definitely takes on a vintage decor inside with tacky leaf-patterned wallpaper that would typically be plastered decades ago.

Jhené Aiko and Big Speaker link up on the outro as the unlikely combination of a Memphis trapper with a Southern drawl and the intoxicating voice of the R&B singer actually mesh for an intoxicating collaboration leaving fans wanting more.

A Gangsta’s Pain debuted atop the Billboard 200 with the best-selling week of Moneybagg Yo’s career earning 110,000 total album-equivalent units. The album remains a staple on the chart as it currently sits at No. 25 on the Billboard 200 nearly six months after its initial release.