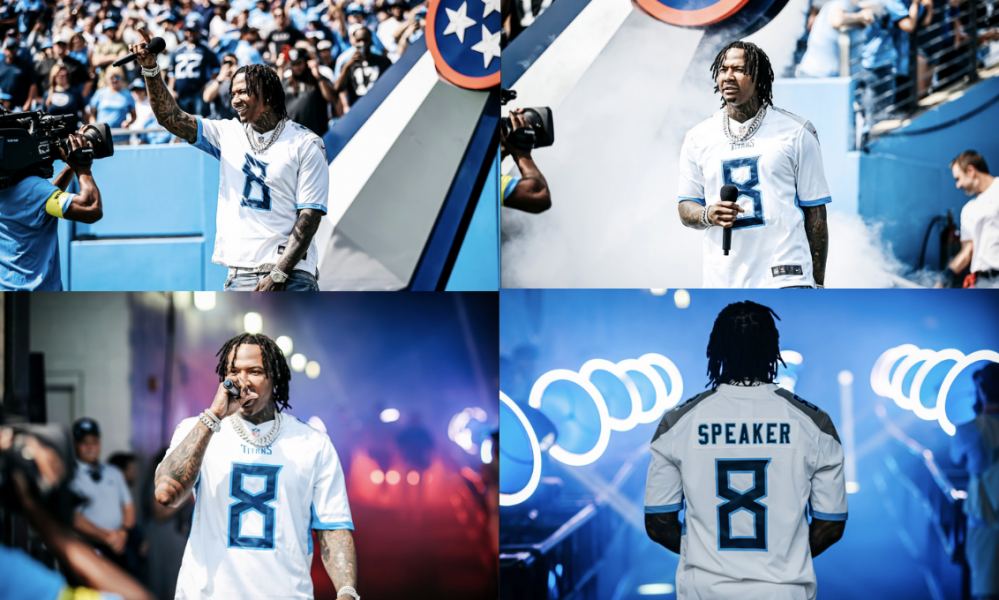 Moneybagg Yo delivered the first-ever tunnel walkout performance in the NFL. Ahead of the Tennessee Titans’ battle with the Las Vegas Raiders, Moneybagg Yo performed “See Wat I’m Sayin’” as his hometown team led by Derrick Henry took the field. The Titans won 24-22 for their first W of the season.

When it was released in May, the song reached the top of the Hot R&B/Hip-Hop charts at position #14. The rapper from Memphis, who has long supported the Titans, had a song called “Blitz” ft. Tripstar used in the Madden 22 soundtrack music video.

Moneybagg Yo released his most recent single, “Blow,” on his birthday this past Thursday, keeping him busier than ever this year. The rapper is up for awards from iHeartRadio and Billboard Music.

You can see pictures from the performance below.