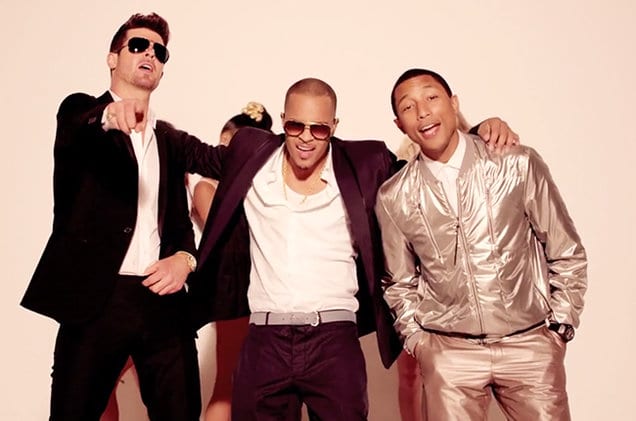 USA Today reported that the model made the accusation in an exclusive excerpt of her upcoming book “My Body.”

She was one of two models who were topless in the music video for Thicke’s 2013 single “Blurred Lines.”  Ratajkowski describes her shock in the moment. Also on set were Pharrell Williams and T.I..

In an excerpt, while on set, she says she felt the “coolness and foreignness of a stranger’s hands cupping” her “bare breasts” and when she turned around she was looking at Thicke.

The music video’s director, Diane Martel said she offered to stop the shoot then and there, but Ratajkowski said they could go on.

Ratajkowski, 30, alleges that the incident occurred when Thicke, 44, returned to the set “a little drunk.”

Neither party has acknowledged the allegations on social media.