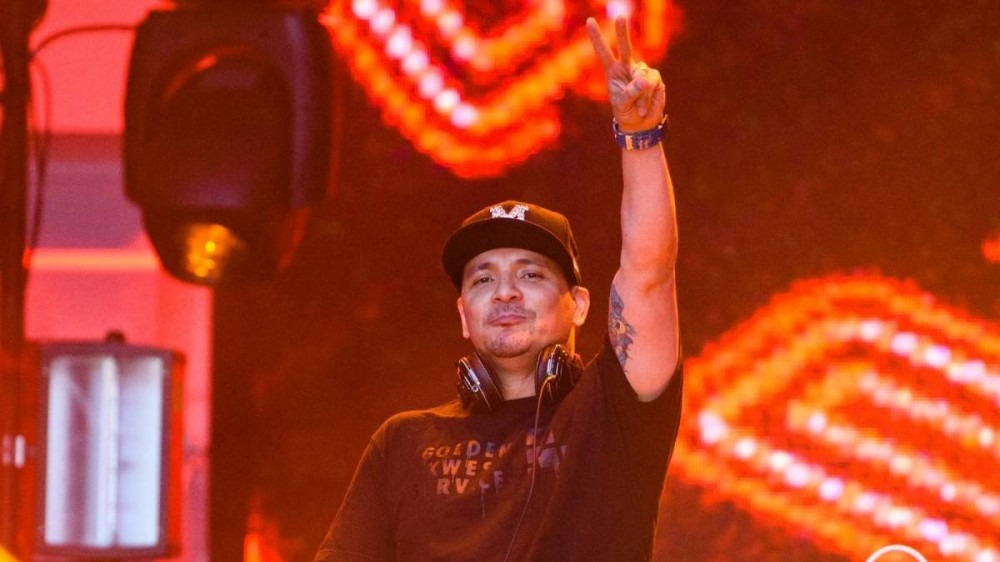 Exclusive – The back-to-back deaths of prominent Hip Hop artists MF DOOM, DMX, Biz Markie, former Bad Boy Records artist Black Rob and Digital Underground legend Shock G has hit their fellow artists like a ton of bricks. Not only are they a reminder of their own mortality, but they’ve also left a void in Hip Hop culture impossible to fill.

Beastie Boys turntablist Mix Master Mike doesn’t want to wait to show love to his peers, so in an effort to showcase the immense talent currently living and breathing in the DJ scene, Mike has dropped the biggest DJ posse cut in Hip Hop history.

The song was actually inspired by the Avengers: Endgame film, as Mike explains to HipHopDX in a recent phone interview.

Here with my goat bro @atrak something mega is coming tomorrow. All platforms. Sirens on. pic.twitter.com/kOk2dF4968

Turntablism often doesn’t get the shine it deserves in mainstream media, which is almost criminal considering it’s one of Hip Hop’s four elements (five, depending on who’s asked). But Mix Master Mike wants to change that.

“That’s why I’m here,” he continues. “I want to give everybody their flowers. This is my way to give not only Hip Hip its flowers — because I’ve been in the Hip Hop game for three decades now — this is also my way to repay Hip Hop for all the benefits and just everything it’s given to me. But I also want to give these DJs their flowers.”

Mix Master Mike says this was a long time coming.

“I’m sick of when I’d run into my DJ comrades, like Preemo or Jeff, and we’d always talk about, ‘Oh man, we’ve got to hook up. We’ve got to work together,’” he says. “You know what? I got tired of that talk. I kind of just kind grabbed the bull by the horn and got on the line. First person I called was Premier, and so Premier sent me his part. I gave everybody eight bars. I said, ‘Yo, Preemo, just give me eight bars.’ And then he gave me his part within three days.

“Then I was just like, ‘Oh shit’ and then I went down the line. I called Jeff, I called Craze, I called A-Trak. Everyone gave me their parts within a week. I’m just going through my checklist and all of a sudden I have everybody’s parts.”

Recorded during the COVID-19 pandemic while Mix Master Mike was in Paris, the track came together almost effortlessly. But then he got stuck in France for over two months, unable to fly home due to the pandemic.

“It was historically romantic, but at the same time, I couldn’t get home to my family because of the pandemic,” he says. “By listening to it, you could tell the head space I was in. I put a lot of my heart into that single. I’ve been holding on to it for a year, not saying anything. At that point, it was a sin I wasn’t putting it out.”