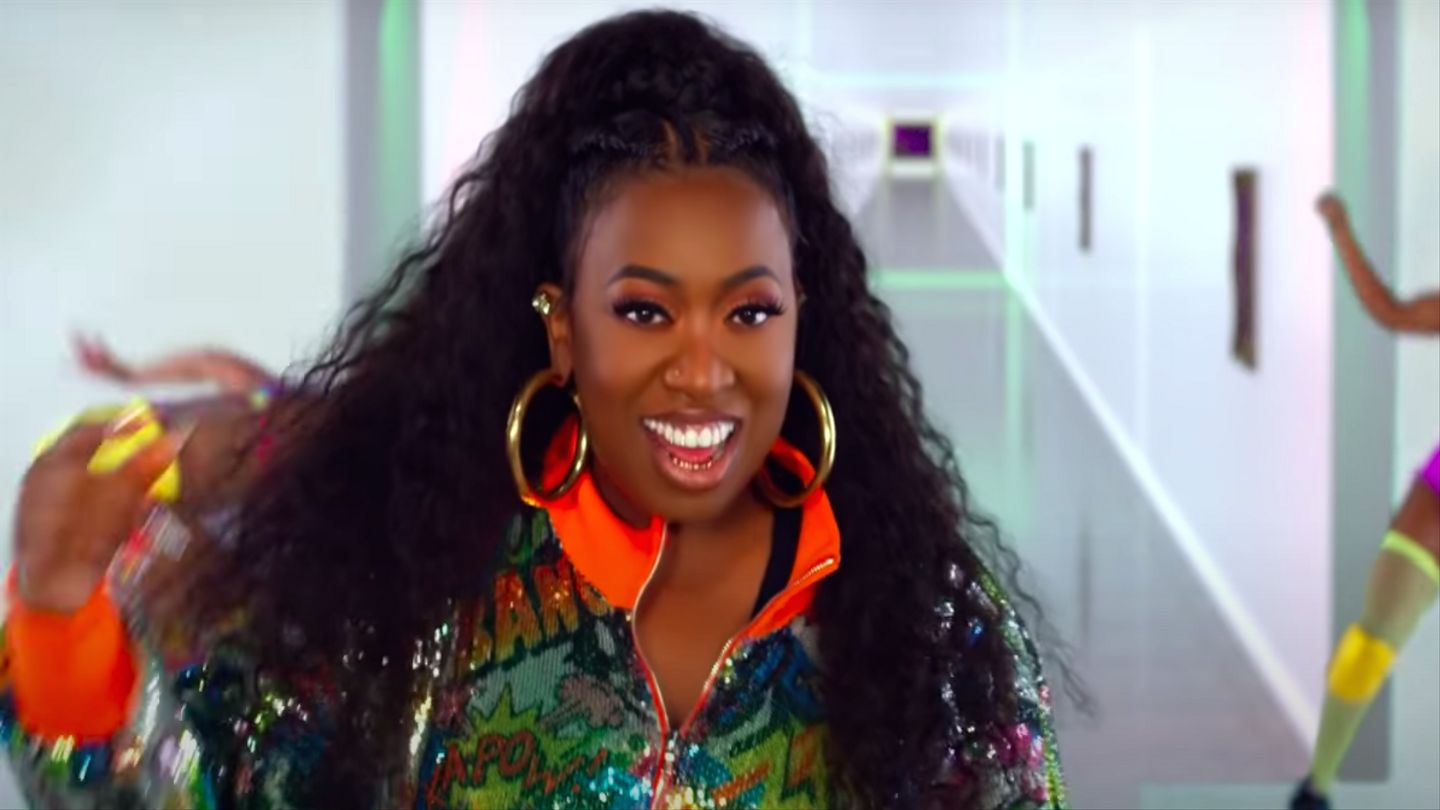 Leave it to Missy Elliott to get your ass up during quarantine for a neon-tinged, twerk-friendly dance party.

After returning with the fittingly titled Iconology last year — which marked her first new project in over a decade — Missy is reintroducing fans to one of that EP's most fun tracks, "Cool Off," with another must-see visual. In it, she springs to life as various pieces of art in a museum-turned-nightclub. She kicks things off as a statue dipped in bronze (metallic face paint included), before cycling through more predictably eye-catching outfits, including, of course, a bright neon tracksuit. At one point, she bobs and tilts like a Weeble doll while shouting for her dancers to go "'round like a ceiling fan" — a move that will hopefully inspire a fresh TikTok trend or two.

Teyana Taylor even makes an appearance at the end, reprising her role as the museum guide from the "DripDemeanor" video. She celebrates Missy as the "the most timeless woman of all time" before giving a pep talk to a young, tracksuit-wearing dancer. "Go follow your dreams," Taylor tells her, before the girl jumps into a dance routine while the credits roll. That brings the collection of Iconology videos to its final end — and begs you to return to the beginning and watch them all over again.

"Cool Off" follows Elliott's videos for the Iconology tracks "DripDemeanor," "Throw It Back," and "Why I Still Love You." Those are just the latest in the raper's culture-shifting collection of visuals, which ultimately led to her winning the Video Vanguard Award at last year's VMAs. During the ceremony, Missy powered through a career-spanning medley of her hits — revisit that performance here.