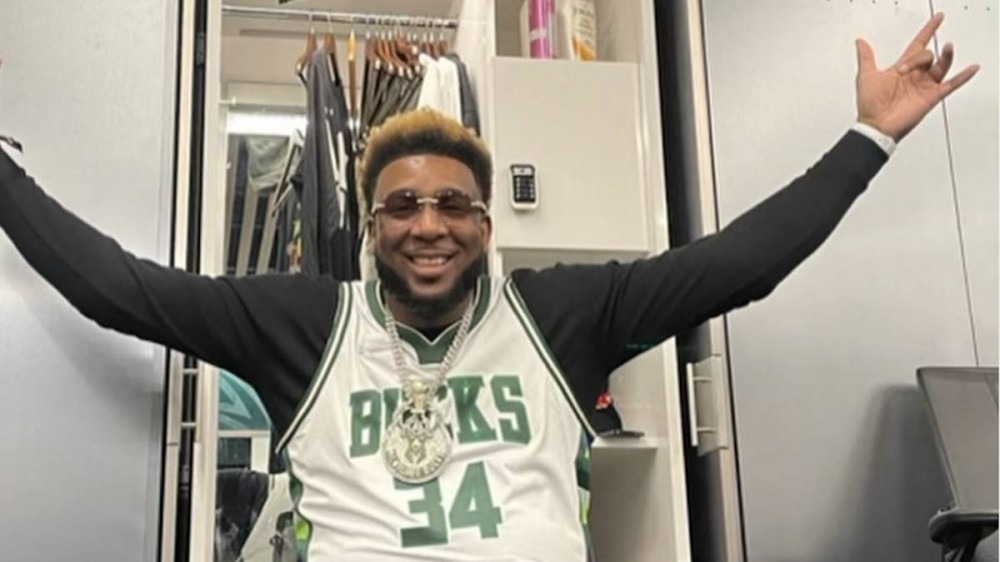 The NBA and Hip Hop are nearly synonymous with one another. Major cities across the country with NBA franchises manage to tie the culture into promotions on and off the court. The Detroit Pistons have an Ice Cam dedicated to fans sporting flashy jewelry, and now the world champion Milwaukee Bucks have a city anthem from Romey thanks to a six-figure diamond piece.

A Bucks season-ticket holder, Romey linked up with the franchise after team vice president Alex Lasry noticed one standout piece — an iced-out Bucks pendant. In January, the 6’7″ Romey crossed paths with Lasry who noticed the $100,000 custom Bucks pendant around Romey’s neck. The two became quick friends thanks to an impromptu meeting with Kia Shine, where Lasry and Romey exchanged jewels.

“It was mind-blowing,” Romey told The Milwaukee Journal Sentinel. “And for it to be the owner that actually took me on that journey, that just made that experience even more worthwhile.”

Romey’s love for the Bucks brought him courtside last yea when the team brought the title home.

“I got to see them come one game short of going against the Lakers [in the NBA Finals in 2001],” he said. “All those hardships and ups and downs with the Bucks, I got to experience all that. But then also I’m front row in Game 6 when Giannis drops 50 and I’m high-fiving with [ABC-TV sideline reporter] Malika Andrews when they’re bringing out the trophy in the Louis (Vuitton) case.”

Romey’s inspiration behind “Fear The Dear” came from watching the team’s perseverance mirror his.

“It was just the love of the team, the love of the game,” he said. “I’m a real diehard fan. Not just of the Bucks but just basketball and the lineage of it. I know what it’s like to have a story where you overcome insurmountable odds.”

Check out “Fear The Deer” from Romey below.