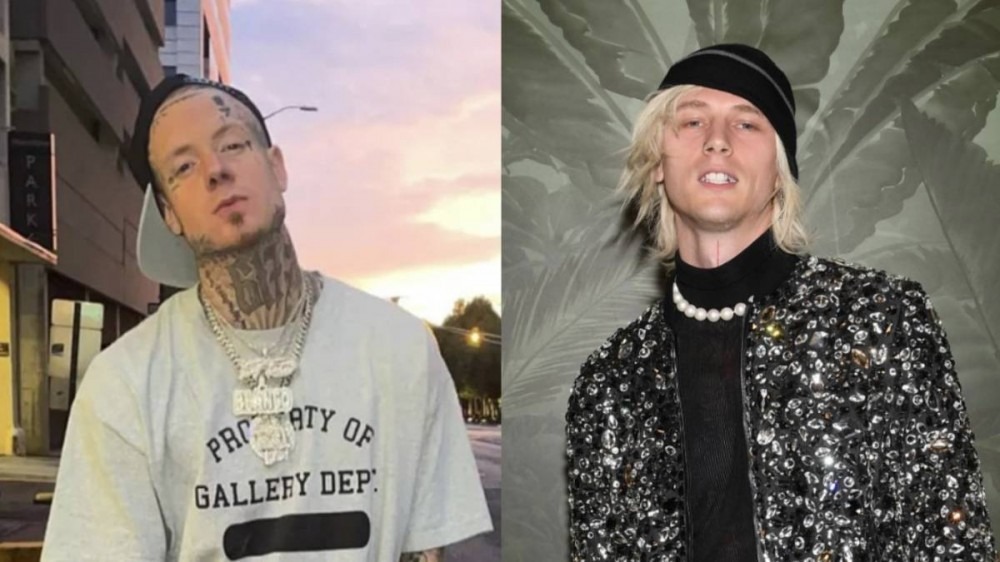 Millyz has shared his opinion on Machine Gun Kelly and his rap abilities, and it’s safe to say that he’s not a fan of the Cleveland rapper.

During a visit to VladTV, the Massachusetts native gave a list of his top white rappers, which included Eminem, himself, Paul Wall, Mac Miller, Jack Harlow and Action Bronson. However, Millyz wasted no time criticizing MGK and his music.

“MGK is garbage. He can’t rap, but he got a good rockstar image, but like I’m a real rapper. I really break down bars, syllables and words, so I look past image and flow,” Millyz said. “A lot of white rappers just came through and did that fast flow and said nothing, so he came in with a rockstar image and all of that, but you’re not nice though.”

He added: “So even when the Eminem battle happened, and peoples minds was blown because at the time, they expected MGK to just get blown out. So when he showed any type of resistance, he came in and said a rap, ‘Your beard is weird.’ Name a bar from that song. That shit is garbage.”

Eminem received way more praise from Millyz earlier in the conversation when he explained how influential Slim Shady was to his career. The Massachusetts rapper said Eminem made things easier for him growing up because he was a “cool white boy” to look up to.

“Eminem, Slim Shady, Marshall Mathers. Number one, two and three for sure,” Millyz said. “I’m a student of Em. That’s one of the things in my career I’m waiting on whether it comes or not. I want that co-sign. I just want to know he watches my shit.”

Despite Millyz’s negative take on Machine Gun Kelly, the Cleveland artist is looking to remind him and others that he can rap with the best of them. In April, MGK promised he would return to making Hip Hop on his next album.

“I’m going to make a rap album for myself,” he told Audacy. “For no other reason, no point to prove, no chip on my shoulder. If I keep doing things to prove things to people, I’m going to one, drive myself crazy and two, not make a good product. I made Tickets [to My Downfall] and Mainstream Sellout because I wanted to make them. I need to now also make people miss that sound.”

“I’m going to do this tour and I’m gonna step into where I left Hotel Diablo and expand on my storytelling as a rapper and find a new innovative sound for the Hip Hop Machine Gun Kelly. That’s where my excitement is and where me as a music archaeologist wants to explore.”

MGK jumped into the alternative rock realm and dropped a pair of No. 1 albums with Tickets to My Downfall and Mainstream Sellout. The Ohio native is currently on tour promoting the latter, which was hit with some controversy earlier this month when someone vandalized one of his tour buses.

According to Page Six, the rapper’s red tour bus was hit with yellow spray paint on one side calling him a “Rap Devil f-ggot,” while an ejaculating penis defaced the other side of the vehicle.

The offensive graffiti was reportedly removed soon after and there was no permanent damage done to the bus.