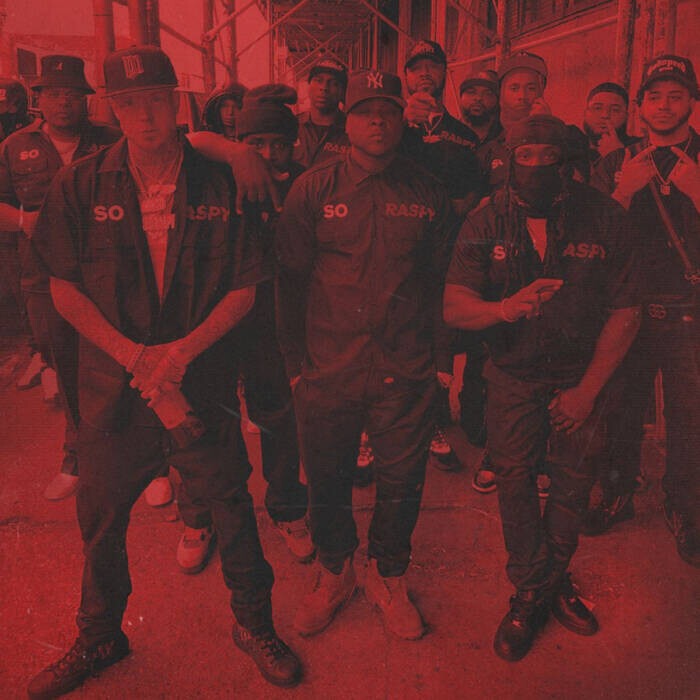 Millyz has just shared his new single and visual for “Rearview Mirror” featuring Jadakiss. Over a chopped-up soul sample, understated keys, and booming drums, Millyz and Jadakiss expertly trade bars and reflect on the trials and tribulations of their gritty pasts. With Jadakiss serving as Millyz’s mentor for a decade, their natural chemistry is apparent & magnetic, resulting in a collaboration that feels effortlessly authentic. The song perfectly highlights Millyz’s introspective & honest lyricism and couples it with Jadakiss’s seasoned bars and iconic flow, adding “Rearview Mirror” to the long line of high-brow collaborations between the two. The visual for the track show Millyz & Jadakiss rapping alongside their respective crews collectively draped in Jadakiss’s brand So Raspy, only adding to the familiarity of the track. “Rearview Mirror” (feat. Jadakiss) sets the tone for the well-curated collaborations, awe-inspiring wordplay & unparalleled transparency fans can expect ahead of the release of Millyz album Blanco 5 on 5/27.

Millyz has been lighting the internet on fire all year with standout freestyles on L.A. Leakers, The Come Up Show, and most recently Fire In The Booth. Last year things started to really heat up for him with the release of his last project Blanco 4 in 2021. The album had a string of successful singles including “Emotions” featuring G Herbo, “Benny Blanco” alongside expert bar spitter Benny The Butcher & “Hopeless” with Jadakiss. Leading up to the release of Blanco 5, Millyz has released the singles “Ashes In The Maybach” featuring Mozzy, “Love/Hate” (feat. Gio Dee) and “Closure”. After catching the attention of mainstream tastemakers and developing a committed fanbase through his non-stop work ethic and dedication to hip-hop, Millyz is ready for the world to see his full vision & potential with the release of Blanco 5 on 5/27.